Arsenal 2-1 Brentford: Arsenal teenagers  Smith Rowe and Saka scored in the second half to earn victory over Brentford, thereby raising hopes of Uefa Champions League qualification for the Gunners.

In-depth match report and analysis as Arsenal kept their chase for the Premier League’s top-four firmly on track; Second-half goals from  Smith Rowe and  Saka secured a 2-1 win over Brentford; Christian Norgaard grabbed a late consolation for the visitors after a VAR check awarded the goal that was ruled offside initially by the assistant referee. 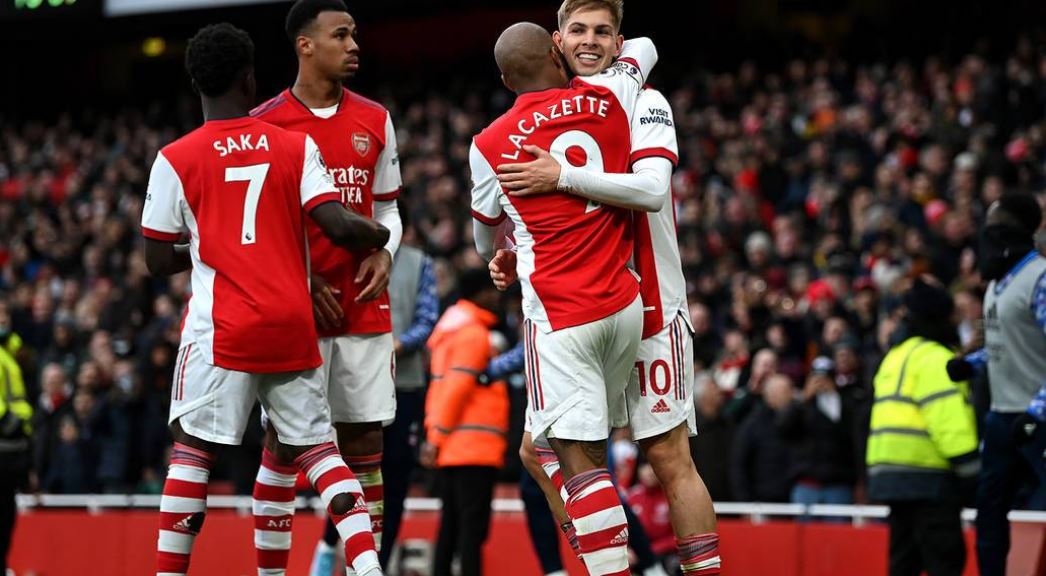 Smith Rowe and Saka both put in an outstanding performance in Arsenal 2-1 win over Brentford, the English players were superb and deserve their goals.

Arsenal kept their Uefa Champions League qualification hopes alive with a 2-1 victory over Brentford at the Emirates Stadium, thanks to goals from  Smith Rowe and  Saka in the second half.

The Gunners are sixth in the table, but they move level on points with Hammers, who they have three games in hand on. They are also now one point behind fourth-placed Manchester United, who face Leeds at Elland Road on Sunday in a game expected to be keenly contested, and the Gunners have two games in hand on Ralf Rangnick’s Utd team.

Frenchman Alexandre Lacazette saw an effort ruled out for a narrow offside call as Arsenal had 16 shots – a record for a side in the first half in the Premier League this season – but they only had two on target as the sides went in level at 0-0.

Nevertheless, any frustrations were momentary for the Gunners, who took the lead early in the second half as Emile Smith Rowe skipped between two defenders before slotting past Raya and into the bottom corner for his 10th goal of the season in all competitions.

Three points seemed wrapped up at the Emirates Stadium when Bukayo Saka finished off a superb Arsenal counter-attack with a ferocious strike that hit the inside of the post and went in.

600+ – Arsenal netted their 600th (and 601st) Premier League goals at the Emirates, hitting that milestone in their 297th such game, with only Man Utd at Old Trafford (283) and Man City at the Etihad (290) doing so at a single stadium in fewer games in the competition. Era. pic.twitter.com/4ZLAa6l9ay

Christian Norgaard rushed home to give Brentford a lifeline right at the death. After the goal was initially ruled out by an offside flag, VAR intervened to award the goal, but there was no time for the visitors to grab a point as the Gunners hung on for what may prove to be a critical victory.

Brentford, meanwhile, is slipping closer to the relegation zone. They are 14th, but have played more games than any of the teams around them, and are now only six points away from relegation.