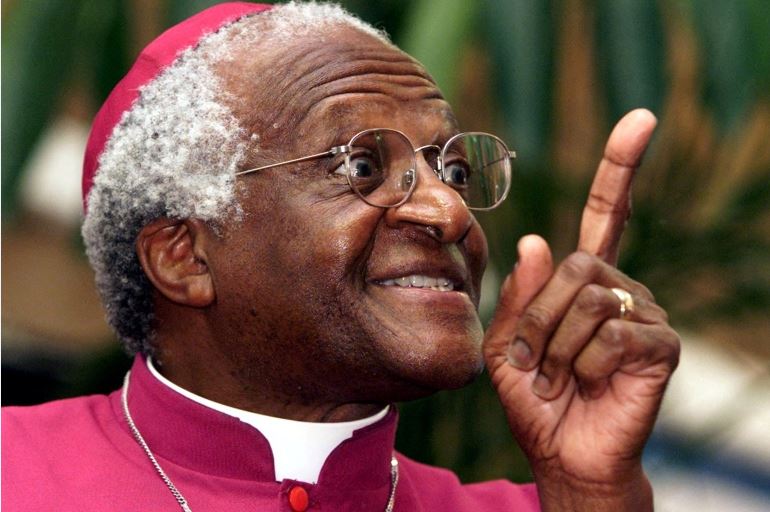 Archbishop Desmond Tutu, the Nobel Peace Prize winner who was instrumental in ending apartheid in South Africa, has passed away at the age of 90.

South Africa Icon Archbishop Desmond Tutu dies aged 90, a very important figure he was in South Africa, he will be sorely missed by South  Africans.

The churchman’s death, according to President Cyril Ramaphosa, marked “another chapter of mourning in our nation’s farewell to a generation of remarkable South Africans.”

He stated that Archbishop Tutu had helped to leave behind “a liberated South Africa.”

Tutu was one of the most well-known figures in the country, both at home and abroad.

He was one of the driving forces behind the fight to end the regime of racial segregation and discrimination enforced by the white minority government against the black majority in South Africa from 1948 to 1991. He was a contemporary anti-apartheid icon, Nelson Mandela.

In 1984, he was awarded the Nobel Peace Prize for his contributions to the campaign to end apartheid.

“A patriot without parallel; a leader of principle and pragmatism who gave meaning to the biblical insight that faith without works is dead,” he wrote.

“Archbishop Desmond Tutu was sympathetic and vulnerable in his compassion for those who had suffered oppression, injustice, and violence under apartheid, as well as oppressed and disadvantaged people around the world.”

“A man of extraordinary intellect, integrity and invincibility against the forces of apartheid, he was also tender and vulnerable in his compassion for those who had suffered oppression, injustice and violence under apartheid, and oppressed and downtrodden people around the world.”

The Nelson Mandela Foundation was among those paying tributes, saying Tutu’s “contributions to struggles against injustice, locally and globally, are matched only by the depth of his thinking about the making of liberatory futures for human societies.

“He was an extraordinary human being. A thinker. A leader. A shepherd.”

Former US President Barack Obama described him as a mentor and a “moral compass”.

Archbishop Desmond Tutu was known lovingly as The Arch because of his purple clerical attire, cheerful demeanour, and almost constant smile.

He was not hesitant to express his feelings in public, as evidenced by his memorable laughter and dancing at the 2010 FIFA World Cup opening ceremony in South Africa.

Despite his popularity, he was not a man universally adored. He was a harsh opponent of the African National Congress (ANC) government in the post-apartheid era, believing it was misrepresenting South Africa at times, even threatening in 2011 that he would pray for its demise over the Dalai Lama’s cancelled visit.

“He is not a vice-Jesus Christ,” he said.

He exploited his high-profile position to speak out against black injustice in his home nation, always claiming that his motivations were religious rather than political.

Tutu was nominated to a Truth and Reconciliation Commission set up by Mandela after he became South Africa’s first black president in 1994 to investigate crimes perpetrated by both whites and blacks during the apartheid era.

He is also credited with coining the term “Rainbow Nation” to represent post-apartheid South Africa’s ethnic mix, however, he voiced sorrow in his later years that the country had not come together in the way he had envisioned.

Related Topics:South Africa news
Up Next