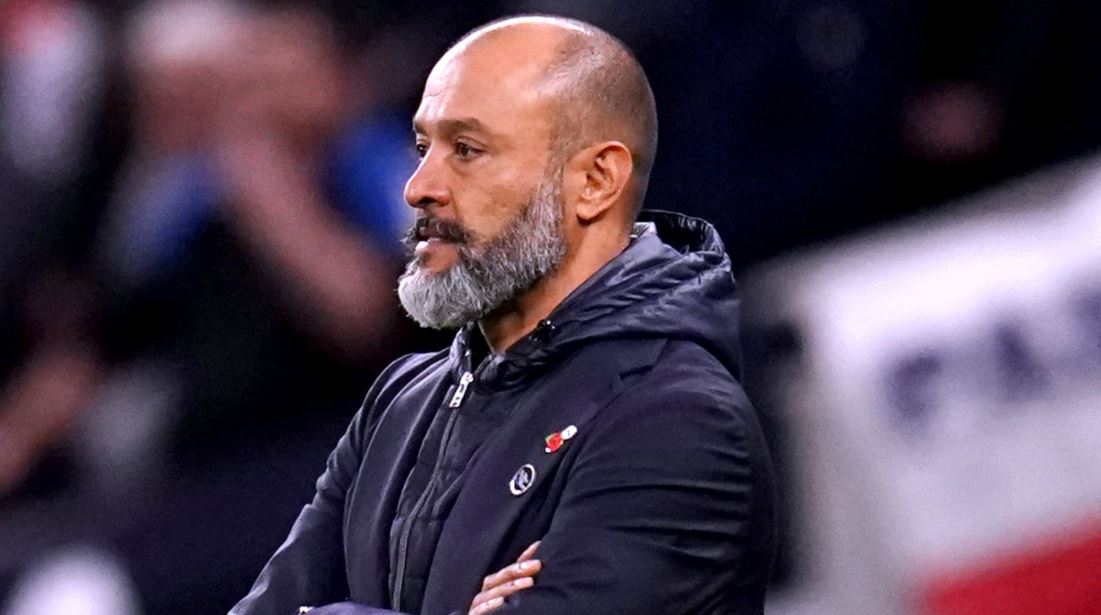 Spurs were soundly beaten by Manchester United 3-0 at White Hart Lane on Saturday which did not go down well with Spurs Board of Directors.

Tottenham has offered former Chelsea manager Antonio Conte an 18-month contract and will fly into London for face-to-face talks on Monday, according to reports. Conte was a target for Spurs until Nuno was appointed in the summer.

The Italian, who has been unemployed since leaving Inter Milan in the summer, is said to be nearing the end of his contract negotiations.

After a 3-0 home loss to Manchester United on Saturday, Tottenham is in eighth place in the Premier League, 10 points behind champions Chelsea.

Nuno Espirito Santo, 47, signed a two-year contract in June after a long hunt for Jose Mourinho’s replacement, with his tenure lasting just over four months and only 17 games.

Spurs are on the lookout for their fourth permanent manager in three years, following Nuno’s departure from Wolves in May after four seasons in command.

Spurs official statement said: “The club can today announce that Nuno Espirito Santo and his coaching staff Ian Cathro, Rui Barbosa and Antonio Dias have been relieved of their duties.

“A further coaching update will follow in due course.”

Spurs managing director of football Fabio Paratici added: “I know how much Nuno Espirito Santo and his coaching staff wanted to succeed and I regret that we have had to take this decision.

“Nuno is a true gentleman and will always be welcome here. We should like to thank him and his coaching staff and wish them well for the future.”

Nuno Espirito Santo decision to replace Lucas Moura with Steven Bergwijn in the second half of the defeat against Manchester United, which came after a Premier League loss at West Ham the weekend before, was booed by Tottenham fans.

Spurs fans reportedly chanted “we want Levy gone,” with England captain Harry Kane, who announced his intention to leave the club throughout the summer, being a source of annoyance for some.

Conte left Inter by mutual consent in May, only three weeks after leading the club to their first Serie A title in 11 years, adding to the three he won with Juventus between 2011 and 2014.

Conte, 52, got into a squabble with the club’s owners after they suggested shrinking his team, with Inter chairman Steven Zhang reportedly urging Conte to decrease his pay cost by 15 to 20%.

Conte joined Inter after leaving Chelsea, where he was one of just four managers in English football history to win the Premier League in his debut season.

Despite winning the FA Cup in his second season at Stamford Bridge, the former Italy manager was fired after the club finished fifth in the Premier League.

Conte has the second-highest victory rate among managers who have managed at least 50 Premier League games, trailing only Manchester City manager Pep Guardiola, with 51 triumphs from 76 games.

Tottenham has fewer shots per game (10.3) in the 2021/2022 Premier League season. Also, Spurs has managed just four shots on target this season and 203 touches inside the opposition box.

NEXT UP FOR TOTTENHAM

We can play better but I’m thrilled with the four goals:David Moyes