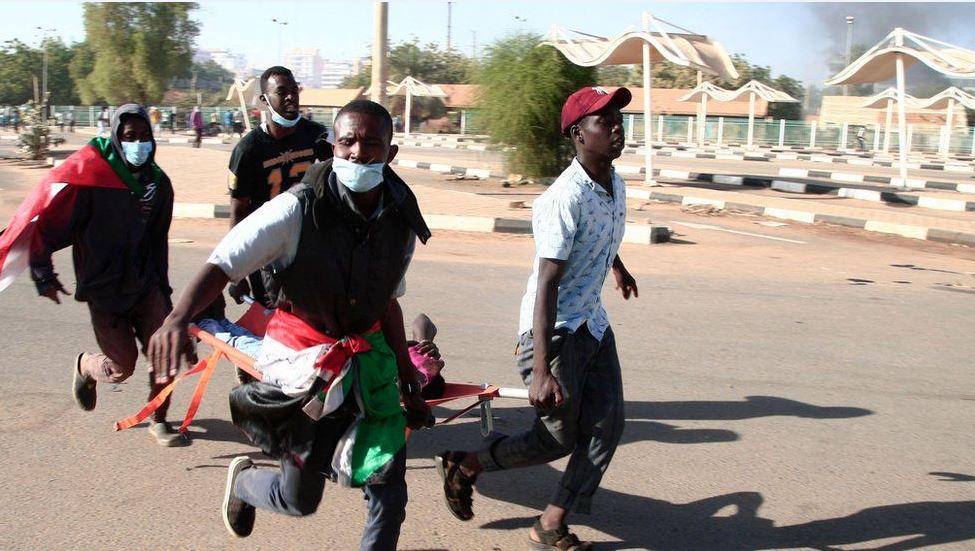 Thousands marched against a recent agreement he reached with the army, which launched a coup in October, to share power.

Protesters chanted “Power to the people” and demanded a return to genuine civilian authority. Military forces, on the other hand, retaliated with force, killing two persons.

The army now has complete power as a result of Mr Hamdok’s decision to resign.

It’s yet another setback for Sudan’s shaky attempts to transition to democracy, which began in 2019 with the toppling of Sudan’s long-time autocratic President Omar al-Bashir by a popular revolt.

Sudan Prime Minister Abdalla Hamdok claimed the country was at a “dangerous turning point that threatens its entire survival” in a televised address.

He said he had tried his best to stop the country from “sliding towards disaster”, but that “despite everything that has been done to reach a consensus… it has not happened”.

After the army attempted a coup on October 25 and originally placed Prime Minister Hamdok under house arrest, civilian and military officials reached an uneasy power-sharing agreement.

When the army seized power, the country was only a month away from transitioning to a civilian leader.

Sudan Prime Minister Abdalla Hamdok, a trained economist, is well-liked in the international community, having previously served as a United Nations official. He assisted in the negotiation of an agreement to forgive part of Sudan’s debts, but this required the removal of fuel subsidies, which resulted in a spike in the price of many essential products and anti-government rallies.

The reinstalled Sudan prime minister was intended to lead a ministry of technocrats until elections were held, according to the November agreement with Mr Hamdok. However, it was unknown how much influence the new civilian government would have, and anti-military rallies persisted, which were frequently violently suppressed.

Protests continued even after Mr Hamdok was reinstated, with some protesters claiming that his reappointment helped to legitimize the military takeover.

The US encouraged Sudan’s leaders to halt violence against anti-military protests in response to Mr Hamdok’s resignation.

According to the pro-democracy Sudan Central Doctors’ Committee, more than 50 people have been killed in protests since the coup, including at least two on Sunday.

According to a spokeswoman for the opposition Sudanese Congress Party, Mr Hamdok’s retirement demonstrated that the military was losing its power in gaining international recognition and public support.

On Sunday, tens of thousands of protesters marched through the streets of Khartoum and Omdurman, screaming and demanding that the military leave politics.

Activists have declared 2022 to be “the year of the resistance’s continuation” on social media.

General Abdel Fattah al-Burhan, the coup commander, has defended the coup, claiming that the army intervened to prevent a civil war. Sudan, he maintains, is still committed to a civilian-led transition, with elections scheduled for July 2023.

Related Topics:africa newsSudan
Up Next