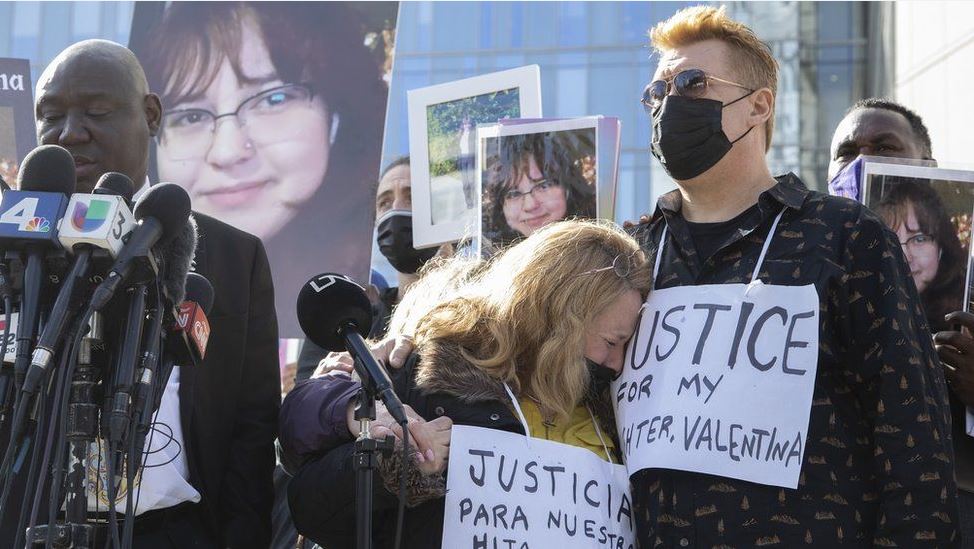 A teenager Valentina Orellana-Peralta in the United States of America shot by police ‘died in her mother’s arms. The mother has demanded justice for her 14-year-old daughter, who died in her arms after being unintentionally shot by police in Los Angeles.

Teen Valentina Orellana-Peralta shot by an LA Police officer died in her Mother’s arms, She was hiding with her mother in a clothes shop fitting room on December 23rd  when an officer opened fire on a suspect.

The bullet struck Valentina Orellana-Peralta after piercing a wall.

Soledad Peralta sobbed as she detailed pleading with officers to save her daughter, but they “just left her lying there.”

Mrs Peralta and her daughter heard a ruckus and screaming outside the changing room while trying for clothes for a birthday celebration at the North Hollywood department store, according to a statement delivered by a lawyer.

They sat down next to one other, hugged, and prayed.

Mrs Peralta claimed that something struck her daughter, knocking them both to the ground.

Valentina Orellana-Peralta   body “became slack,” she added, and she “tried shaking her to rouse her up, but she didn’t wake up.”

Valentina died in her arms, according to Mrs Peralta.

She yelled for assistance, but no one responded.

“When the cops arrived, they escorted me out of the dressing room, leaving my kid unattended. I expected them to assist her, but they simply left her alone.”

Seeing a son or daughter die in your arms, Mrs Peralta added, is one of the “most profound pains any human being can experience.”

Chief Michel Moore of the Los Angeles Police Department has vowed a “thorough, complete, and transparent inquiry” into the “chaotic situation.”

Police had been called to the business after reports of a guy acting strangely and attacking customers with a large bike lock. He was also killed by a bullet.

The suspect had a gun, according to emergency calls, but no firearm was located. 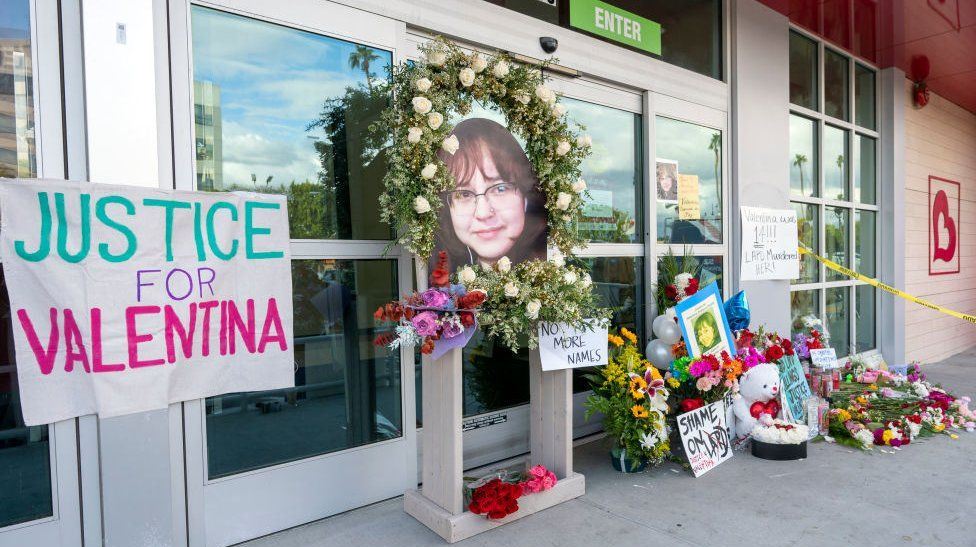 Officers close in on the man with their guns drawn as he bludgeons a woman, according to bodycam footage.

The conduct of the police officers involved, according to Valentina’s father, Juan Pablo Orellana, was negligent.

“I’m not going to stop until all these criminals are in jail,” he declared.

Her family claimed the 14-year-old Valentina Orellana-Peralta, a Chilean immigrant, enjoyed skateboarding and planned to become a citizen of the United States one day.