Terrorists are said to have attacked the Reverend Father of St. Mary Immaculate Church in the Aho community of Owukpa, in Benue State’s Ogbadibo Local Government Area.

According to reports, the attack took place on Saturday. 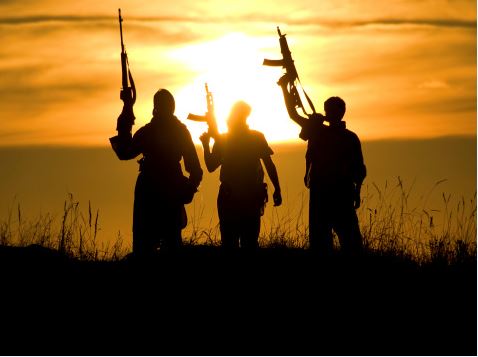 PUNCH reports say the terrorists abducted the priest’s cook after failing to locate their intended victim on the church grounds.

According to a source, the incident occurred around the evening of Saturday, leaving the community in a state of confusion. The gunmen stormed the area and went straight to Reverend Father’s house.

“Unfortunately, they did not see him and they (gunmen) decided to go away with a lady found on the premises,” he added.
The local government chairman, Samuel Onu, who also confirmed the attack said normalcy has returned to the community.

“Yes, there was an attack yesterday (Saturday) evening, some people came and took away the priest’s cook.
“The incident has been reported to the police and the situation in the area is calm now because some soldiers came to the place from a nearby checkpoint,” Onu said.

However, SP Catherine Anene, the state police command’s spokesperson, stated that she did not have the information.

MUST READ:  Singer,TEMS Postponed Shows In Birmingham After Being Diagnosed With Reflux Laryngitis
Related Topics:crimefeaturedNaija News
Up Next