In the assaults that began in 2019, the terrorists killed over 200 villagers and sacked 42 communities.

Terrorists have killed at least 10,000 people in Kebbi State’s 42 communities over the last three years. 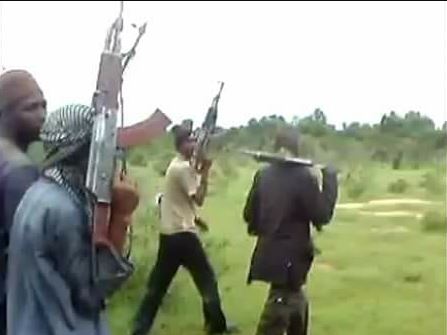 According to PRNigeria, the displaced people are victims of “gruesome” bandit attacks in communities along the Chonoko axis in the state’s Danko/Wasaga Local Government Area.

In the assaults that began in 2019, the terrorists killed over 200 villagers and sacked 42 communities.

During a visit to the communities by PRNigeria, it was discovered that the terrorists had been occupying the deserted houses of their victims with impunity since then.

While recounting his ordeal, Mai Unguwa Maizuwa, 70, of Zagami village, stated that the bandits had been carrying out a series of attacks on their community for three years in a row, beginning in 2019.

He claimed that over time, the bandits rustled all of the community’s cattle and equally plundered their belongings, killed many people, and recently sacked the entire village.

Apart from that, Maizuwa stated that other items lost during the invasion included many bags of cement and some money he had saved for business, amounting to N997,000 naira.

Maizuwa, a mother of 20 children, is currently suffering in an overcrowded IDP camp in Chonoko town.

Musa Sarkin Makada, another victim who lost his son in one of the incidents at Kadebo village, explained how life has been difficult for them since their community was ransacked.

It was discovered that since the attacks, his community had been deserted and turned into a ghost town, with women, children, the elderly, and even the disabled who were unable to flee being evacuated to Chonoko town for safety.

Meanwhile, in their responses to this report, NEMA and the Refugees Commission promised to address the plights of IDPs as soon as possible, while an ICRC spokesperson stated that due to active humanitarian engagements in the North-East and North-Central, they have yet to focus on the North-West.