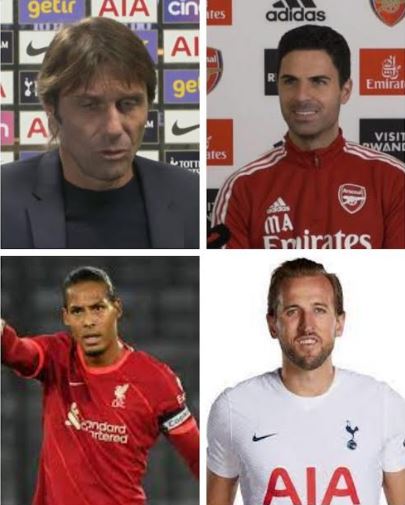 Two meetings will be held, one with Premier League managers and the other with captains and senior players; player welfare and the fixture list, as well as five substitutes, will be discussed.

Managers and players are anxious about the number of games they will have to play in a short period of time during the Christmas vacation season due to the demands it will place on squads that are already decimated due to the Covid-19 surge.

They believe they are being forced into an impractical situation by being expected to play three games between Christmas and New Year’s Day. Teams must fulfil fixtures if they have 14 fit players, according to Premier League rules.

At the Premier League shareholders’ meeting on Monday, Liverpool was one of the clubs who argued in favour of postponing one round of fixtures, but their request was not approved by the majority of clubs.

Players are dissatisfied that they were not contacted more frequently amid the recent surge in Covid-19 instances. They believe they should have a greater say in the demands that will be placed on them in the future.

Many managers want the Premier League to allow them to make up to five replacements every game. The International Football Association Board (IFAB) granted leagues the option of allowing up to five substitutes, but Premier League clubs chose to limit themselves to three.

Last year, the Premier League allowed five substitutions for a limited time, and Jurgen Klopp and Pep Guardiola are among the managers who want to be able to employ two more substitutes right away.

Jorginho, Reece James, Christian Pulisic, Mason Mount, and N’Golo Kante were all introduced in the second half of Chelsea’s 2-0 Carabao Cup quarter-final win over Brentford on Wednesday night, with James’ cross resulting in a Pontus Jansson own goal and Jorginho netting a penalty in the 85th minute.

“We knew this, that we had five changes, and we have five big changes with a lot of quality and also fresh legs because they were not overused and yes, that helped us a lot. It’s needed you know,” he said after the match.

“You know that I am a big fighter and supporter of five changes, they were invented in Corona times to protect the health of the players and I think when we decide to keep on playing we should think about bringing this back.

“This helps to share minutes and from players coming back from Corona it helps to let them play again so it is very, very important to have that.”

Thomas Tuchel also revealed his squad has been handed a further boost after three key players who had previously tested positive for Covid had now returned a negative test.

“We have negative tests today for Romelu (Lukaku), Callum (Hudson-Odoi and Ben Chilwell,” he added. “Romelu and Callum should be on the training pitch tomorrow. It’s good news but I’m not over-excited.”

Update on Premier League game postponed due to covid-19…