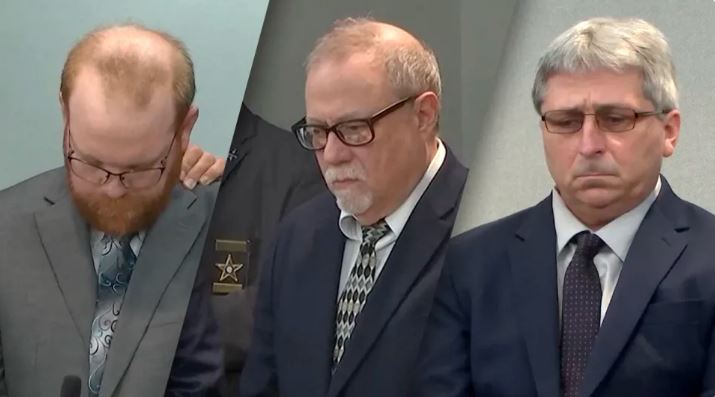 Three men were found guilty of murdering Ahmaud Arbery, a 25-year-old unarmed Black jogger by a Georgia jury on Wednesday.

During the trial, Greg and Travis McMichael, as well as their neighbour William “Roddie” Bryan, were charged with nine felonies. The maximum sentence for all accused is life in prison.

Travis McMichael was found guilty on all nine counts, including felony murder, aggravated assault, false imprisonment, and criminal attempt to commit the crime. He was the only person found guilty of malicious murder.

Greg McMichael was acquitted of the malice murder charge but convicted on the other eight counts. When a person “unlawfully and with malice aforethought, either express or inferred, causes the death of another human being,” it is called malice murder.

Bryan, the neighbour who recorded the shooting and assisted in Ahmaud’s capture, was convicted of three counts of felony murder, one count of aggravated assault, false imprisonment, and criminal attempt to commit felony. On the remaining allegations, he was found not guilty.

“Guilty. Guilty. Guilty. The Arbery family has finally received justice after nearly two years of grief, suffering, and wondering if Ahmaud’s killers would be brought to court.

Nothing will bring Ahmaud back, but his family can rest assured that the individuals who murdered him will remain in prison and will never be able to inflict their brand of evil on another innocent soul “Ben Crump, a civil rights lawyer who represents the Arbery family, said in a statement.

“Today is a step forward, but we are still a long way from the finish line. You, America, lifted your voices in support of Ahmaud. It’s not the right time for them to be silent. Continue marching. Continue to fight for what is right “Crump kept going.

The 12 jurors deliberated for more than 10 hours over two days before reaching a unanimous decision. Superior Court Judge Timothy Walmsley expressed gratitude to the jury for their service and stated that he will discuss logistics with them later.

The assassination of Arbery on Feb. 23, 2020, went largely unnoticed at the time, but gained national notoriety after a video of the death was released in May of that year.

When the McMichaels armed themselves and chased Arbery in a pickup vehicle, they claimed police thought he was a fugitive burglar. Travis McMichael, 35, had met someone in a similar situation, according to the defence, and he and his father, 65, were anxious about recent break-ins.

“In his final statements, defence attorney Jason Sheffield recalled Travis going out of the neighbourhood to go acquire some petrol.

“On his way out, he sees a man dash across the street and dives into the shadows as he drives down the road, out of the neighbourhood.”

Bryan, 52, captured a video of Ahmaud Arbery rushing between Bryan’s and the McMichaels’ automobiles on Feb. 23 and briefly disappearing from view. Arbery gets into a confrontation with Travis, who eventually fatally shoots him in the half-minute video. Arbery passes out after taking a few more steps.

Despite the fact that Ahmaud Arbery was slain in February, Bryan and the McMichaels were not apprehended until May, when the video was made public and sparked outrage.

Following the broadcast of the film, law enforcement and local prosecutors’ actions were scrutinized. Two prosecutors recused themselves from the case owing to conflicts of interest, including Gregory McMichaels, a former Glynn County police officer.

During the selection process, the jury’s composition was criticized for its lack of diversity in a state still plagued by the legacy of lynchings.

Although Glynn County, in southeastern Georgia, has a quarter-black population, only one Black juror was chosen. The prosecution claimed that the defence struck Black jurors because of their race.

Despite the fact that the “court has established that there appears to be intentional discrimination” in the jury selection process, Judge Walmsley allowed the trial to proceed. He claimed that the defence had met the legal bar for dismissing the possible jurors, citing factors other than race for doing so.

In a trial set for February 2022, the three men will also face federal hate crime charges.

Marcus Arbery stated in an interview in early November that he hopes the verdict will ease some of their sufferings.

“We got justice, and this has taken a lot of suffering away from us.” We’re still having trouble. And we’re still fighting for all of our kids. It’s not just about me. Nothing like this should ever happen to anyone else’s family.”

“He died as a result of his skin tone.” So that’s been extremely difficult for me, his mother, and our entire family.” 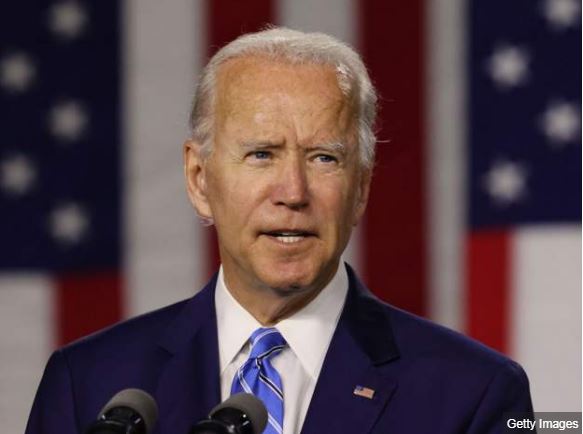 “Ahmaud Arbery’s killing – witnessed by the world on video – is a devastating reminder of how far we have to go in the fight for racial justice in this country,” he wrote.

“Mr Arbery should be here today, celebrating the holidays with his mother, Wanda Cooper Jones, and his father, Marcus Arbery.”

“Nothing can bring Mr Arbery back to his family and to his community, but the verdict ensures that those who committed this horrible crime will be punished,” he continued.

He credited the verdict as proof of the justice system “doing its job” but says “that alone is not enough”, calling on Americans to recommit “to building a future of unity and shared strength, where no one fears violence because of the colour of their skin”.