Actor Ifu Ennada rain curse on celebrities that takes money to run a campaign for incompetent and corrupt aspirants ahead of the 2023 general elections in Nigeria. 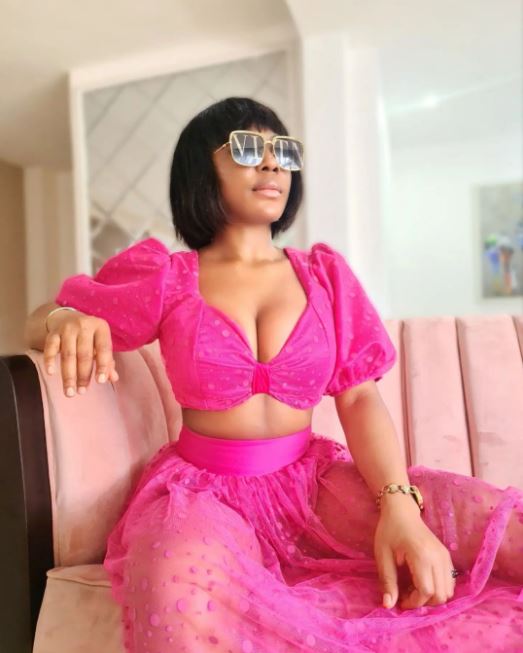 Ifu’s statement on Instagram: Thunda will fire any celebrity that collects money in order to campaign for usel*ss candidates in the forthcoming elections. We must all put greed and do what’s right for once.

She added Lots of you go on vacation to exotic countries – countries that have a good working system. I’m sure if you’re non-Nigerian, Nigeria will be the last place you’d want to vacation because of how everything is m*ssed up. Yet every election season, some people – especially Celebrities manage to sell their destinies in exchange for temporary financial comfort. You all need to do better. To those who are always on the fence during elections and never vote, this is not the time to be neutral.

MUST READ:  2baba @ 47 sweetly celebrated by his babymama,Pero Adeniyi

The cost of diesel has gone crazy, there’s no fuel, electricity has always been paralysed from day one.

How will the poor survive?

How will businesses survive?

I am tired of suffering in my own country. Something has to change.

MUST READ:  China confirms all 132 people on board the crashed plane dead

Nigeria is approaching campaign season where aspirants vying for the different position comes to tell the electorate why they should be voted for. Oftentimes these aspirants when voted into office do not keep to promises during the campaign.

The super-rich aspirants usually engage celebrities during campaigns just to get the votes needed to take them to the office. Ifu’s statement comes in very handily here.

It’s good to hear Ifu Ennada who has over a million followers speak on this burning issue in Nigeria. Debo famously known as Mr Marcaroni is another celebrity that uses his comedy skit making to sensitize voters why they should vote only for credible leaders.

scintilla_01 a follower of Ifu on Instagram wrote: Serious thunder oh. Just imagine how we are suffering with our own money too. No be say na good jobs they provide, no good roads, no good electricity. Everything is just not good. Salaries are the same, see small money asuu the ask for they can’t give. Just a mess. And someone is coming to preach vote for me. See if u didn’t do well in ur former office, don’t border coming out for anything again,
Scintilla_o1 comment supports and buttressed points made by Ifu.
MUST READ:  2023 Elections;Minister Of Science And Technology,Ogbonnaya Onu Resigns
Related Topics:featured
Up Next