Abramovich announced Chelsea was up for sale on March 2; The LA Dodgers co-owner beat out Sir Jim Ratcliffe, who bid £4.25 billion, and two other consortiums to win the battle for Chelsea. The UK government must issue a new license before the takeover can take place.

The proposed deal, announced by the club in an early Saturday morning statement, must be approved by the UK Government and the Premier League before it can be completed. Chelsea claims that an agreement has been reached.”It is expected to be completed in May”.

The consortium led by the LA Dodgers’ part-owner, with backing from Clearlake Capital, a US investment firm, defeated late competition from £4.25 billion bidders Sir Jim Ratcliffe and other consortiums led by Stephen Pagliuca and Sir Martin Broughton to become the Premier League club’s new owners.

Chelsea had until May 31 to find a new bidder because the club’s operating license with the UK Government expired on that date. The government can issue a separate licence to allow the Premier League club to be sold now that the Raine Group, hired by Abramovich to oversee the sale of the club, has chosen its preferred bidder. 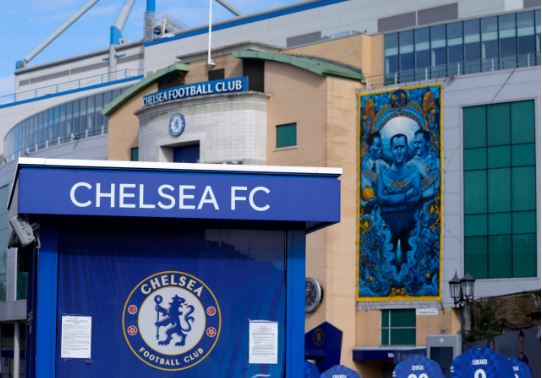 The Premier League will meet on June 8 to form the new season, by which time Chelsea would need to have a license to compete in the following season.

Chelsea disclosed in a statement: “Of the total investment being made, £2.5bn will be applied to purchase the shares in the Club and such proceeds will be deposited into a frozen UK bank account with the intention to donate 100 per cent to charitable causes as confirmed by Roman Abramovich.

“In addition, the proposed new owners will commit £1.75bn in further investment for the benefit of the Club. This includes investments in Stamford Bridge, the Academy, the Women’s Team and Kingsmeadow and continued funding for the Chelsea Foundation.”

The Pagliuca consortium was informed at the end of last month that it had been eliminated as the Raine Group’s preferred bidder. The Broughton consortium, led by former Liverpool and British Airways chairman Sir Martin and including billionaire Crystal Palace shareholders Dave Blitzer and Josh Harris, remained in the running.

Lewis Hamilton is one of the investors backing Broughton’s bid to buy Chelsea, and he is said to have put up £10 million. Serena Williams, the tennis legend, was also a supporter of the Broughton consortium.

MUST READ:  Liverpool cut City's lead to three points after an emphatic 6-0 win over Leeds

The Ricketts family, which owns the Chicago Cubs, and Citadel hedge fund billionaire Ken Griffin, along with US investment bank Lazard, were in the final four but withdrew their offer in March. The plans fell through because the consortium members couldn’t agree on the final structure of the deal. Chelsea is expected to have new owners by the end of the month, nearly three months after Russian owner Abramovich, who has been in charge of the club for 19 years, first put the club up for sale on March 2.

On March 10, the UK Government sanctioned the 55-year-old, claiming to have established links between the Russian-Israeli billionaire and Vladimir Putin.