The Indomitable Lions of Cameroon are through to the semi-final stage at the ongoing Africa Cup of Nations 2021 courtesy of two goals from Toko Ekambi in the second half of play.

In-depth match report as five-time AFCON winners Cameroon beat The Gambia to book a spot in the semi-finals of the Africa Cup of Nations. 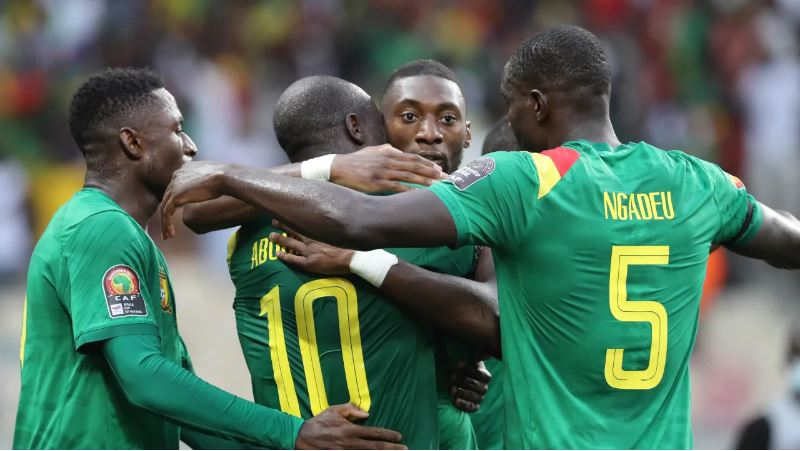 Toko Ekambi scored twice for hosts Cameroon in their quarter-final victory over the Gambia, as the tournament’s top scorers progressed into the sem-final, all whilst keeping their first clean sheet in six Africa Cup of Nations (AFCON) matches.

Toko Ekambi gave the Indomitable Lions of Cameroon the lead in the 50th minute, glancing in from Collins Fai’s right-wing cross.

The 5-time AFCON champions Cameroon will play either Egypt or Morocco in the semi-final on Thursday, with the final next Sunday.

The discrepancies between debutants Gambia and five-time winners Cameroon could not be further apart after starting their qualification journey in the preliminary rounds. The ‘Scorpions,’ on the other hand, were able to find an antidote to the hosts’ sting, and went into the break level.

MUST READ:  'I am not a Politician'-Thomas Tuchel seek an end to Abramovich inquest

Cameroon did have a few chances to grab the lead, with Gambian goalkeeper Baboucarr Gaye making a sprawling save to deny Vincent Aboubakar. The 30-year-old striker had been involved in over 75% of his team’s goals so far in the tournament, but a sharp Gaye save kept his close-range header out. Aboubakar, who was the ‘Indomitable Lions’ best threat, had three chances in the first half.

After struggling to find a cutting edge for the first 45 minutes, the home team wasted few chances in the second half, racing to a two-goal advantage. Toko Ekambi scored Cameroon’s first goal with a powerful header shortly after the restart, then doubled his tally seven minutes later.

The audience inside the Japoma Stadium showed no bounds with their palpable release of passion as he converted his second at the back post following a pin-point Martin Hongla cross.

The Gambia will depart the tournament having won the hearts of the globe; but, it was not to be for this year’s plucky underdogs, who will exit in the final eight of their inaugural AFCON.

MAN OF THE MATCH-TOKO EKAMBI

“I’m proud of the performance of the team tonight, Gambia is a difficult team to play but we never gave up even when we struggled in the first half.

We kept working and we got the crack. It’s good, everyone has a role to play in this team, in 2017, I played a lot less, it’s not the case today, it’s the victory at the end that is the most important. We are a family, the group lives well.

The group prefers to focus on the present, this competition and not focus on the past with what happened in 1972, we want to write our own history.”

“I am proud of my players, in the tournament but also in this match where we lost (0-2) against a great team from Cameroon, we were beaten by the future champions of ‘Africa. We made mistakes that we paid for in cash, that’s also the high level.

There were tears in the locker room but the Gambia and its players can be proud of the course, we will bounce back very quickly and return to the front of the stage.”

“I am satisfied with my players who respected the instructions to go and win the match despite the missed opportunities in the first period. In addition to the victory, it was our match where the attack-defence balance was the most respected.

I am very happy with our production against a great team from the Gambia. In truth, she did not change her strategy, she beat her success in this way and tonight we insisted on our game.

Regarding the semi-finals, what worries me the most is to see my players recover, it was a physically demanding match. We will rest and analyze our next opponent and put the strategy in place. I’m really happy with my players.