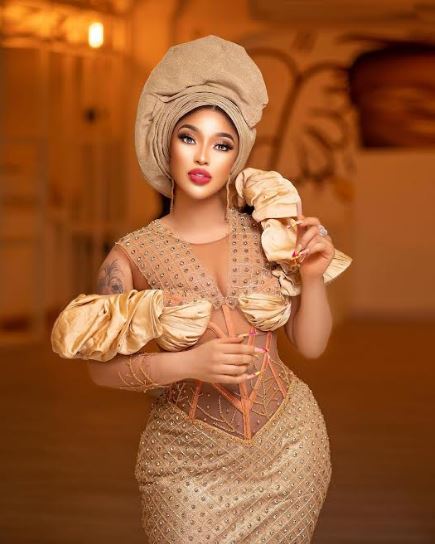 Nollywood actress, entrepreneur and Rivers State ADC deputy governorship candidate, Tonto Dikeh shared pictures of herself on Instagram slaying in a beautiful gown, ready for a bubbling party and then ask fans to guess her designer correctly.

The actress shared two post slaying on the beautiful gown. 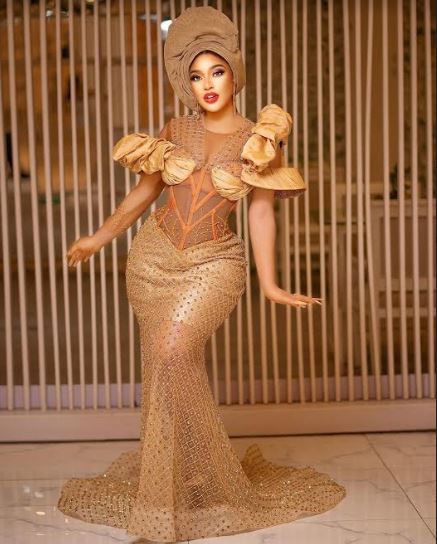 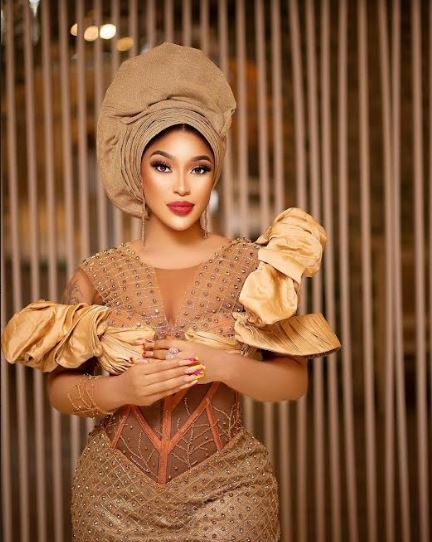 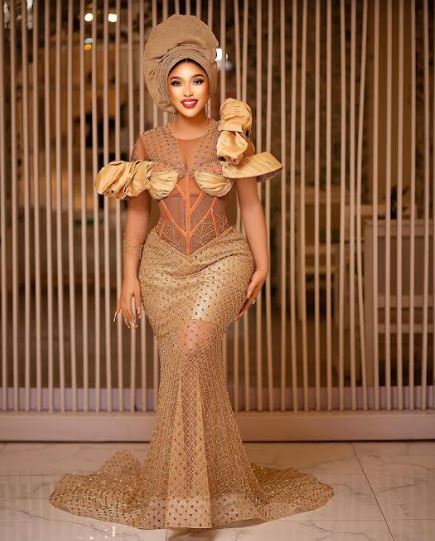 In the earlier post, Tonto said any fan that can guess correctly the designer she slays on will be rewarded with ten thousand naira.

Her caption, “my gorgeous outfit by @bibichristopers.

Meanwhile, the comment section of the earlier post revealed that some other fans guessed correctly her designer but how Tonto declared @edits.bymercy as the fan that won is known to her only.