Tony Elumelu bemoans the loss of ’95 per cent of crude oil due to theft.’ 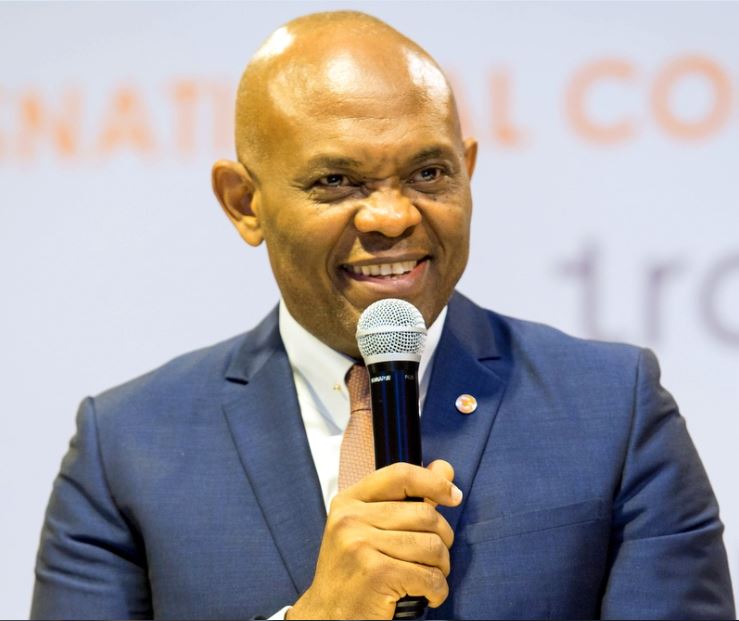 Nigerian Economist and owner citing Heirs Holdings Tony Elumelu bemoans the loss of ’95 per cent of crude oil due to theft.’

Mr Tony Elumelu, Chairman of Citing Heirs Holdings, lamented on Thursday that Nigeria was losing over 95% of its oil production to thieves.

Elumelu, who recounted the travails of some of his coworkers on his official Twitter account, stated that, aside from the economy, Nigerians are now fearful as a result of the deteriorating security situation.

He continued “How can we be losing over 95 per cent of oil production to thieves? Look at the Bonny Terminal that should be receiving over 200,000bpd barrels of crude oil daily, instead, it receives less than 3,000 barrels, leading the operator, Shell to declare force majeure.

“Why are we paying taxes if our security agencies can’t stop this? It is clear that the reason Nigeria is unable to meet its OPEC production quota is not because of low investment but because of theft, pure and simple!”

Elumelu inferred that, while oil-producing countries rejoiced that prices were rising and their foreign reserves were increasing, Nigeria was in a gloomy mood.

“Meanwhile, oil-producing countries are smiling as their foreign reserves rise. What is Nigeria’s problem? We need to hold our leaders more accountable,” he added.

He condemned the worsening state of insecurity, public infrastructure and rising inflation in Nigeria.

The usually reserved businessman, who chairs the Board of the United Bank for Africa (UBA), argued that the country, despite being endowed with vast natural resources, should not be in its current shambles.

The state of basic supplies, such as electricity and petrol, has deteriorated in recent weeks, as Nigerians spend time queuing to buy petrol and businesses and homes suffer as a result of prolonged blackouts. Diesel prices have also skyrocketed.

The already poor state of power supply has deteriorated in recent weeks, with authorities blaming it on a lack of gas and falling water levels at the country’s hydropower stations.

Furthermore, the prices of goods and services have recently skyrocketed, with diesel increasing by approximately 300 per cent and airline operators threatening to suspend operations due to skyrocketing aviation fuel prices.

Elumelu, who recounted the travails of some of his coworkers on his official Twitter account, noted that, in addition to the economy, Nigerians now live in fear due to the security situation.

The Economist tweeted, “This morning, I am listening to my colleagues at the office bemoan the very pressing issues that they face every day in this country, and how things have been getting worse and worse – no electricity for five days, hikes in the price of diesel, frightening food inflation, etc.

“How can a country so rich in natural resources have 90 per cent of its citizens living in hardship and poverty? I have often said that access to electricity is critical for our development, alleviation of poverty and hardship. And speaking of security, our people are afraid! Businesses are suffering.”

The Economist and Businessman, who owns a controlling stake in Transnational Corporation (Transcorp), also wrote about the country’s energy sector, emphasizing that oil theft, rather than a lack of upstream investment, was to blame for Nigeria’s inability to meet its OPEC quota.

Elumelu urged Nigerians to be deliberate about what they want in the upcoming election and to support leaders who will deliver.

He crowned it with this, “Elections are coming – security and resources need to be everyone’s agenda – let’s be vocal for our nation’s priority.

“Evil prevails when good people are silent. We need to be vocal about 2023. Let’s focus on Nigeria. Demand and advocate for leaders that deliver. In 2023, Nigeria must be on a strong trajectory for progress and development.”