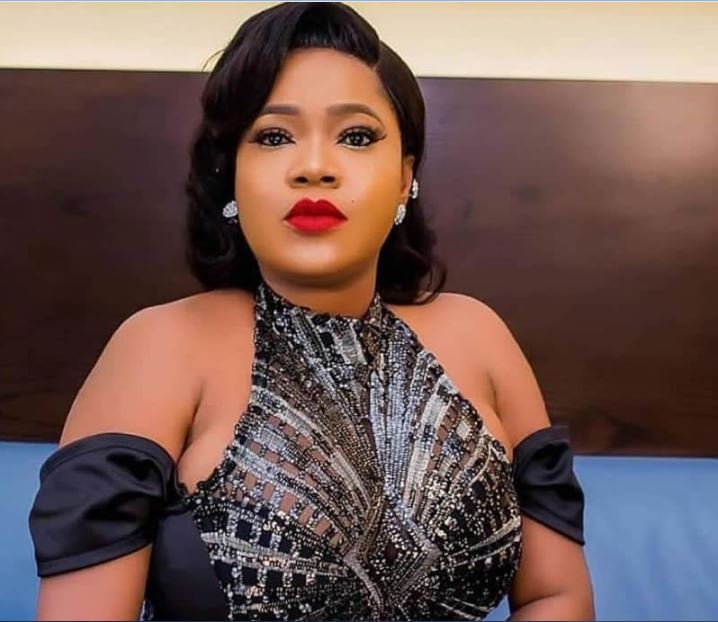 Nigerian actress, Toyin Abraham Ajeyemi has revealed that she recently suffered a miscarriage.

The actress said that her recent attempt at becoming a mother was cut short when she suffered a miscarriage.

Abraham added that many individuals body-shamed her during the time of her miscarriage without realizing what she was going through.

The filmmaker further revealed how she dealt with the trolls.

“I have the plan to have more kids, I was actually pregnant but I lost it recently,” she said.

“Most times they (fans) don’t know what we’re going through. Then when it just happened, I cried because I just wanted to have one or two more kids but things happened.

MUST READ:  "God will remain in your affairs"- Nollywood stars pray for Frederick and Peggy as they wed

“I’m so bloated and everybody kept on insulting but they don’t understand what’s going on so they say all these things but I’m used to it.

“As an actress, you just have to, or else you would just die of depression. But if I’m not okay with your comment, I will just block the person I don’t have time for negativity.”

Abraham and Kolawole Ajeyemi, her husband, had their traditional marriage in July 2019.

They welcomed Ire, their first child, in August 2019.

Related Topics:featurednaija celebrities news
Up Next