TRANSFER NEWS: THE RETURN OF CRISTIANO RONALDO TO MAN UTD 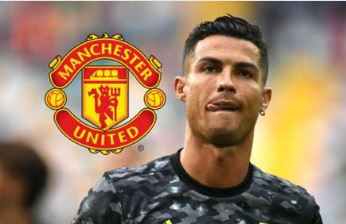 United has agreed to pay Juventus roughly €15 million (£12.87 million) plus €8 million (£6.86 million) in add-ons for the 36-year-old, who will sign a two-year contract if personal details are finalized.

MUST READ:  Arsenal boss Arteta-we can't afford to look too far ahead

Ronaldo’s agent, Jorge Mendes, said his client’s return to United was “extremely close to being confirmed” on Friday afternoon, and the club officially revealed the news shortly before 5 p.m.

After leaving Juventus for Real Madrid 12 years ago, the Portugal international is making a comeback.

“Manchester United is thrilled to confirm that the club has achieved an agreement with Juventus for Cristiano Ronaldo’s transfer, subject to personal terms, visa and medical approval,” the club said in a statement.

“Everyone at the club is looking forward to Cristiano returning to Manchester.”

Ronaldo’s exit from Juventus was announced by Massimiliano Allegri on Friday, who claimed that the star told him he had “no intention” of returning to the club.

Manchester City, United’s Premier League opponents, were offered the chance to sign the Portugal captain and pondered making a bid, but the Premier League champions decided against it.