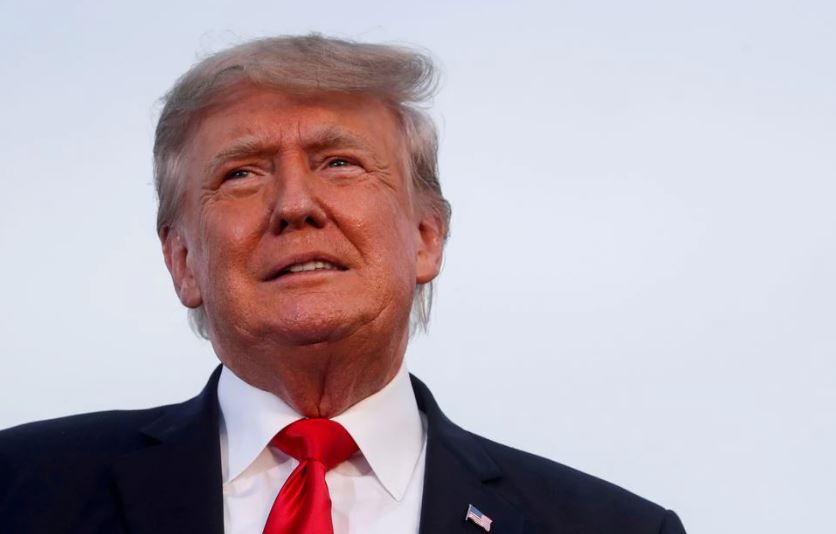 As it prepares to list on the New York Stock Exchange, Donald Trump’s new social media company announced on Saturday that it has reached agreements to raise roughly $1billion {£755m} billion from an unnamed group of investors.

Following the attack on the US Capitol in January, Mr Trump was banned from Twitter and Facebook.

He said the $1 billion “sends an essential message to Big Tech that censorship and political discrimination must end.”

“As our balance sheet grows, Trump Media & Technology Group will be better able to fight back against Big Tech’s tyranny.”

Earlier this year, Mr Trump announced intentions to establish Truth Social, claiming that it would allow people to talk “without discrimination based on political viewpoint.”

The blank-check purchase business Digital World Acquisition Corp (DWAC.O), which will take Trump Media & Technology Group Corp public by listing it in New York, said it will contribute up to $293 million to Trump social media company, bringing the total proceeds to around $1.25 billion.

Trump Media and Digital World announced in a statement that the $1 billion will be raised through a private investment in public equity (PIPE) transaction from “a diverse group of institutional investors.” Requests for the names of the investors were ignored.

In October, Trump social Media company signed a deal with Digital World to go public for $875 million, including debt. Based on the price of Digital World shares at the end of trade on Friday, the social media company is now worth about $4 billion. The stock was scooped up by Trump loyalists and day traders.

Many Wall Street institutions, such as mutual funds and private equity firms, passed on the PIPE chance. Hedge funds, family offices, and high-net-worth individuals were among the investors that took part, according to Reuters. The money of the exceedingly wealthy and their relatives are managed by family offices.

Some Wall Street investors are wary of Trump’s presidency. After his supporters attacked the US Capitol on Jan. 6, he was banned from major social media sites for fear of inciting future violence. The attack on the Capitol was based on unfounded allegations of extensive election fraud in the previous year’s presidential election.

“As our balance sheet grows, Trump Media & Technology Group will be better able to fight back against Big Tech’s tyranny,” Trump said in a statement on Saturday.

The per-share conversion price of the convertible preferred stock PIPE deal, according to Trump Media and Digital World, is a 20% discount to Digital World’s volume-weighted average closing price for the five trading days leading up to Dec. 1, when Reuters broke the news of the capital increase.

If that price falls below $56 in the ten days following the completion of the merger with Digital World, the discount will increase to 40% with a $10 floor, according to the firms. On Friday, Digital World’s stock closed at $44.97.

According to Reuters, investors who attended the private investor road shows were shown a demo of the anticipated social media app, which resembled a Twitter feed.

MUST READ:  Governors from the South East in a closed-door meeting in Enugu

The SEC has refused to say if it intends to take any action.

The full launch of Truth Social is planned for the first quarter of 2022. According to the news release, it is the first of three stages in the Trump Media plan, which will be followed by a subscription video-on-demand service called TMTG+, which will include entertainment, news, and podcasts.

The startup foresees competing against Amazon.com’s AWS cloud service and Google Cloud in the future, according to a presentation deck on its website.