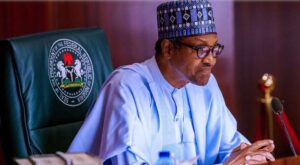 On Friday, Nigerian President Muhammadu Buhari stated that the country’s Twitter ban will be lifted, but only if the social media behemoth met specific criteria.

This was revealed by the president during his televised address to Nigerians on the 61st anniversary of the country’s independence.

He acknowledged that Twitter is utilized for information dissemination. Nonetheless, he expressed concern about bad actors that use the site to “organize, coordinate, and execute criminal actions, spread fake news, and promote ethnic and religious emotions.”

Engaging with the Twitter team is one method it claims to be doing so.

Hence, the reason why his government decided to suspend the social media platform’s operations in the country on June 5. He said this has allowed the government to put measures in place to address these challenges.

For example, Nigeria’s information and culture minister, Lai Mohammed, stated in August that the ministry was in talks with Twitter to resume operations in the country.

He stated ten requests had been made, but the government has only agreed to seven of them; the remaining concerns include Twitter opening a local office, paying local taxes, and cooperating with the Nigerian government to police

MUST READ:  3 feared dead after a Church building collapsed in Delta state

Nothing appears to have changed since then. Today, the president took a similar stance, but in a more soft way.

According to him, the national security and cohesion committee he established, along with the nation’s technological team, used Twitter to address five issues: registration, physical presence and representation, fair taxes, dispute resolution, and local content. The ban will be lifted if Twitter decides to comply with the government’s demands.

“Following extensive conversations, the issues are being addressed, and I have requested that the suspension be lifted,” he stated, “but only if the criteria are met to allow our residents to continue to use the platform for business and constructive engagements.”

The Nigerian government blocked Twitter in June after the company removed a contentious message from President Muhammadu Buhari threatening to punish regional separatists.

Despite rising criticism from the international community and various activists who have decried the action, citing the government’s unjustified attempt to limit freedom of expression, the country is still no closer to lifting the ban.

While the Nigerian government has declared on two occasions that it is working with Twitter to lift the ban, Twitter has remained silent on the matter.