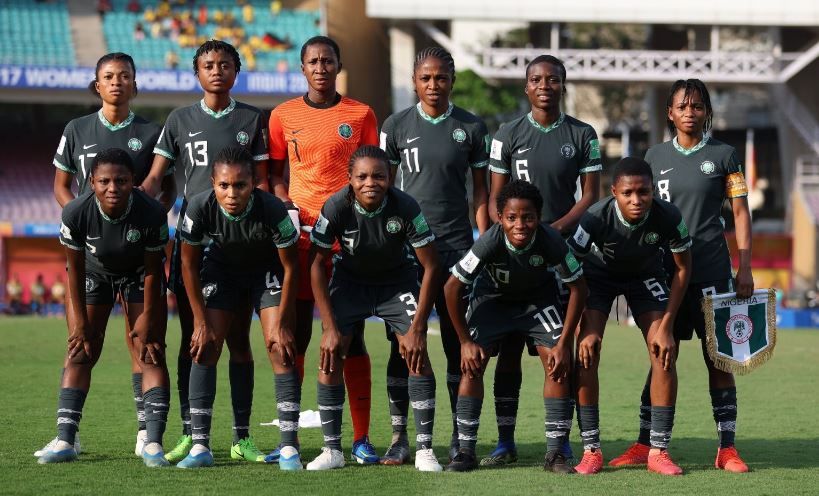 Nigeria Flamingos claimed third position at the 2022 FIFA U-17 Women’s World Cup after beating Germany 3-2 on penalties in their third-place match in Mumbai on Sunday afternoon.

The Flamingos lost a 3-0 advantage  penalties shootout was needed to decide the game’s outcome,

Nigeria’s performance was the best in the competition’s history.

MUST READ:  BBNaija Season 7:'I Own A House In Ikoyi'-Housemate,Sheggz Reveals This Might Cost Him The Grand Prize

Due to a foul on goalkeeper Faith Omilana, Germany’s advantage from the seventh minute was reversed.

The 16-year-old scored his first goal in the match.

Despite dominating for the majority of the first half, the Flamingos were unable to extend their advantage.

Three minutes after the half, Bello scored a spectacular header to extend the lead for the Flamingos.

In the 63rd minute, substitute Etim Edidiong added a third goal for the Flamingos.

Hella Viet scored a goal for Germany with 17 minutes remaining.

MUST READ:  "I am the highest paid singer in the History of African music-Burna Boy brags

After then, the Germans applied intense pressure on the Flamingos but were unable to escape.

Paulina Bartz scored again in the 84th minute to further cut the gap.

90 minutes into the game, Loreen Bender tied the score for Germany.

The Flamingos won the shootout 3-2 to claim victory.