United Kingdom Prime Minister, Boris Johnson announced on Thursday he is quitting as the leader of the Conservative Party but vows to stay on as prime minister “until a new leader emerges.”

Johnson said a timetable for the election of a new leader will be announced next week.

Since Tuesday, more than 50 members of his government have resigned.

Mr Johnson said it is “clearly now the will” of Conservative MPs that there should be a new leader.

However, an increasing number of Tory MPs believe he must leave No. 10 immediately.

Johnson’s resignation comes on the heels of  Northern Ireland still dealing with a number of issues, including legislation to override the Northern Ireland Protocol as part of the Brexit deal, a contentious bill on legacy cases from the Troubles, and the ongoing impasse over forming a power-sharing government. 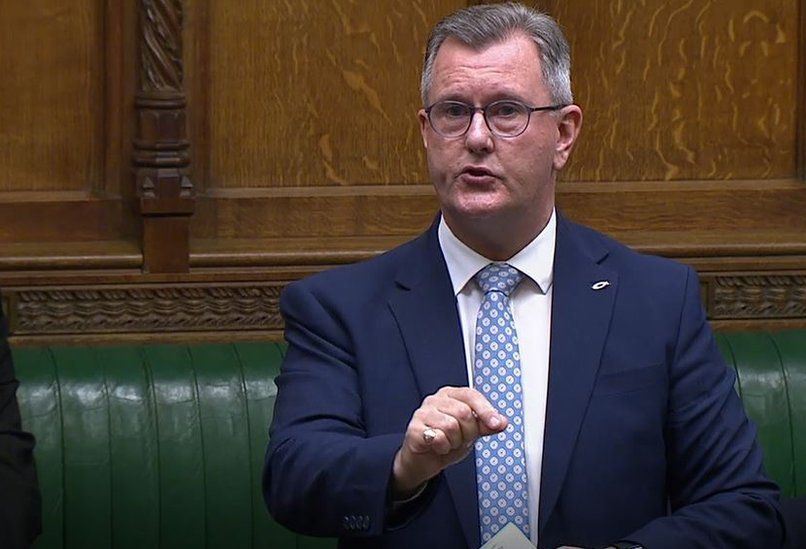 “I recognise the efforts made by the outgoing Prime Minister Boris Johnson and his team to replace the Northern Ireland Protocol with arrangements which can command the support of unionists as well as nationalists,” he said.

“It is no secret that we believed that Boris Johnson had a duty to get rid of the Irish Sea border having disastrously gone against our advice and signed a withdrawal agreement containing the protocol.”

Sir Jeffrey said the leadership of the Conservative and Unionist Party was “a matter for the MPs and members of that party”, but added that they should “recognise that no unionist MLAs or MPs support the protocol”.

“Fully functioning devolved government in Stormont and the protocol cannot coexist,” he said.