With the suspension, Russia will not face Poland in a World Cup play-off semi-final next month, barring an implausible change of course in its invasion of Ukraine. UEFA has also ended its agreement with Gazprom, the Russian energy firm; Spartak Moscow has been relegated from the Europa League. 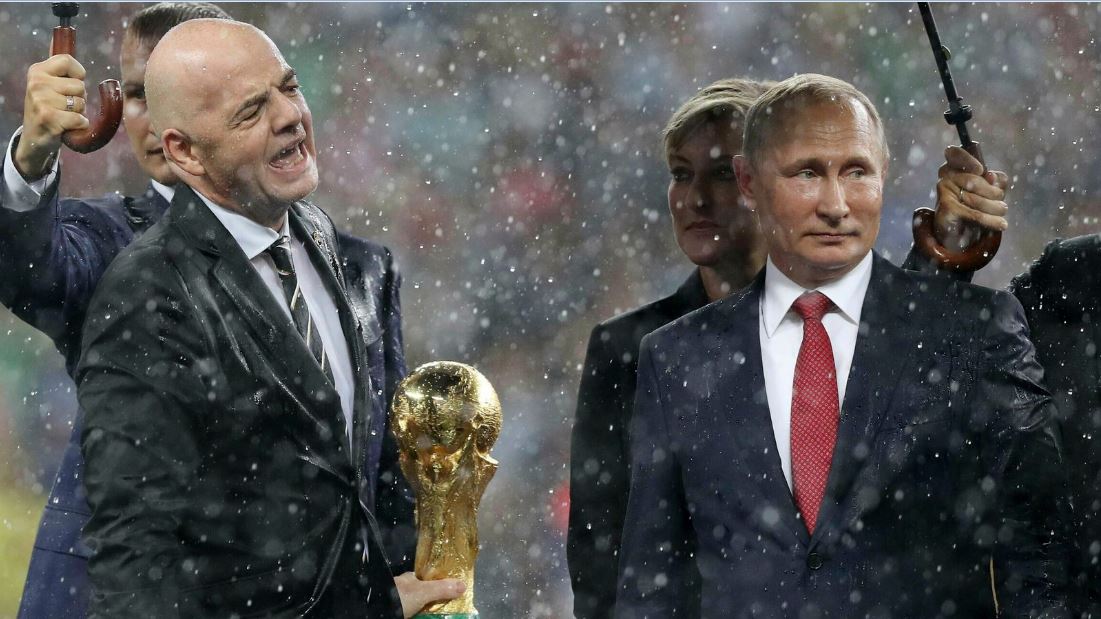 Fifa and Uefa have banned Russian football clubs and national teams from all tournaments following the country’s invasion of Ukraine.

FIFA and UEFA suspend Russia, the punishment implies that the Russian men’s team will not play their World Cup play-off matches next month and the women’s team have been banned from this summer’s Euro 2022 competition, and Spartak Moscow will be relegated from the Europa League.

UEFA has also ended its partnership with Gazprom, a Russian state-owned energy firm that is also a key sponsor of the Champions League.

The sponsorship agreement dates back to 2012 and is said to be valued at roughly £33.4 million (€40 million) per season.

A look into the teams affected by FIFA and UEFA ban

Women’s Euro 2022 –The impact on the tournament in England in July, which Russia has qualified for, will be decided at a later stage, according to UEFA.

Nations League-Russia is scheduled to play Albania twice in June, as well as Israel and Iceland.

Europa League-Spartak Moscow’s Europa League match against RB Leipzig has already been cancelled by UEFA, with the German club advancing to the quarter-finals.

Qatar World Cup 2022-Russia was set to host Poland in a World Cup qualifying play-off on March 24, and if they are suspended until then, they will be eliminated from the tournament and unable to compete in the finals in Qatar in November.

A statement from both FIFA and UEFA read: “Following the initial decisions adopted by the FIFA Council and the UEFA Executive Committee, which envisaged the adoption of additional measures, FIFA and UEFA have today decided together that all Russian teams, whether national representative teams or club teams, shall be suspended from participation in both FIFA and UEFA competitions until further notice.

“These decisions were adopted today by the Bureau of the FIFA Council and the Executive Committee of UEFA, respectively the highest decision-making bodies of both institutions on such urgent matters.

“Football is fully united here and in full solidarity with all the people affected in Ukraine. Both Presidents hope that the situation in Ukraine will improve significantly and rapidly so that football can again be a vector for unity and peace amongst people.”

Antonio Conte Tottenham Hotspur’s boss in a statement said: “The whole world has to be compact and show [it is] solid against the stupidity of the people.”

The Italian added: “I think it’s right to express our disappointment about the stupidity of some decisions. Football and Uefa have to be compact and to show to be strong.”

Jim Boyce, former Fifa vice-president and honorary life president of the Irish FA-“I can’t understand why it took them 24 hours to make this decision,”

He added: “What is happening is absolutely deplorable. Quite honestly, every possible sanction that can be imposed on Russia at the minute has to be done. I applaud Fifa and I applaud Uefa for the decision that they have made today.”

Boris Johnson UK Prime Minister tweet support for FIFA and UEFA ban on Russia; “This is a powerful message from the international sporting community that we will not tolerate Putin’s abhorrent assaults on freedom and liberty. Well done FIFA and UEFA.”

Spartak Moscow reacts to their expulsion from Europa League…

A UEFA statement read: “As a consequence of today’s decision by the UEFA Executive Committee to suspend Russian club and national teams from taking part in UEFA competitions until further notice, the UEFA Europa League matches between RB Leipzig and FC Spartak Moskva cannot take place, and, as a consequence, RB Leipzig are qualified to the quarter-finals of the competition”.

Responding to the UEFA decision, Spartak Moscow says it is “extremely upsetting” and one “we do not agree with”, but are “looking forward to a speedy achievement of peace”.

“This verdict is connected to the organisations’ position on recent events that have taken place in Ukraine,” a club statement read.

“The recent decision taken by UEFA and FIFA although expected is extremely upsetting. Unfortunately, the efforts that our club made in the Europa League have been nullified for reasons that are far outside the remit of sports.

“Spartak has millions of fans not only in Russia but all over the world. Our successes and failures bring people from dozens of different countries together. We believe that sport, even in the most difficult times, should aim to build bridges, and not burn them. We are forced to obey a decision that we do not agree with.

“For now, we shall focus on domestic competitions, and are looking forward to a speedy achievement of peace that everybody needs.”

The decision to exclude our team from Europa League is upsetting.

We believe that sport, even in the most difficult times, should aim to build bridges, and not burn them.

We will focus on domestic competitions and hope for a speedy achievement of peace that everybody needs.

The impact on the Women’s Euro 2022 event in England in July, which Russia has qualified for, will be decided at a later stage, according to UEFA.

Later this year, the suspension could have an impact on the men’s Nations League. In June, Russia is scheduled to play Albania twice, as well as Israel and Iceland.