“As Russian forces unleash their assault on Kyiv and other Ukrainian cities, we are resolved to continue imposing costs on Russia that will further isolate Russia from the international financial system and our economies,” they say.

Measures to be implemented in the coming days include removing “selected Russian banks from the Swift messaging system”.

“This will ensure that these banks are disconnected from the international financial system and harm their ability to operate globally.”

Swift is a worldwide financial artery that allows money to flow smoothly and quickly across borders.

A mad dash for trains before the curfew 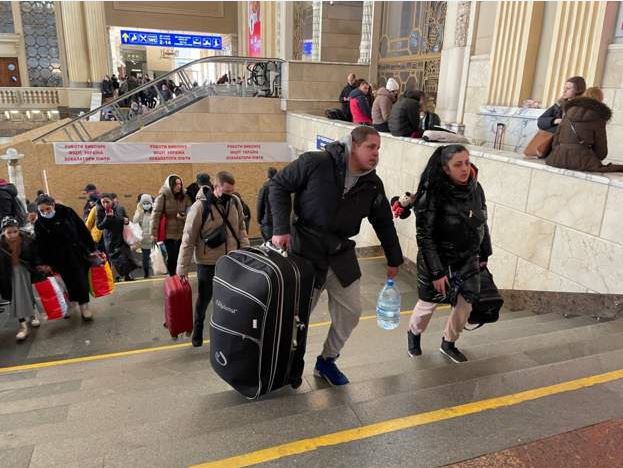 People rush to catch the train before curfew

In recent days, tens of thousands of people have fled Kyiv.

Earlier, hundreds of people gathered at the main train station in a desperate bid to evacuate Ukraine’s capital. Even those with cars found it difficult to leave the city because nearly all of the region’s gas outlets were closed.

Because the metro and buses were not running, many people walked to the station – some for several kilometres – and fled to buildings with basements or bomb shelters as sirens sounded.

The Ukrainian railway organized evacuation trains to transport people to the west of the country, and every time one arrived, a large crowd gathered to try to board.

Those who were unable to board a train before the curfew was imposed at 17:00 local time may be forced to spend the night in the station as a Russian attack looms.

The city of Kyiv has begun to hear air-raid sirens as it prepares for another night of Russian attacks.

Here’s a video from a city reporter (make sure your sound is turned on).

People lining up in readiness to fight 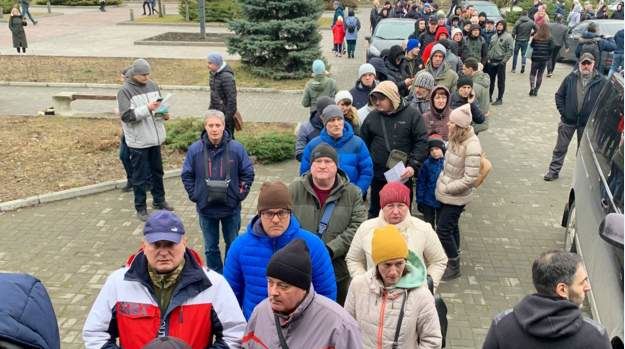 people queue up in readiness to fight

There has been a steady flow of guns, ammunition, cyber and communications technology from Nato soldiers to Kyiv and other parts of Ukraine in recent weeks.

However, there are no NATO forces on the ground, which generates some resentment here. Ukrainians believe, and the president has stated repeatedly, that it is the Ukrainians who are fighting this war. You have the most advanced Nato weaponry, but you also have the most fundamental of patriotism.

There’s always a large line when we drive past one of these locations where Ukrainians can register to volunteer.

On Friday evening, we saw one. Large throngs of men rush into this open yard, displaying their passports and having their arms taped. They do not have fighting training, but they were determined to defend their streets, their families, and their country.

Africans fleeing Ukraine say they are discriminated against at the border 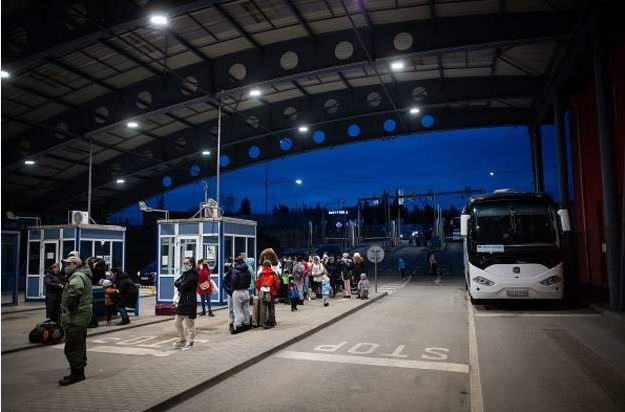 Africans attempting to flee Ukraine have complained of difficulty and prejudice at EU land borders.

Ruqqaya, a Nigerian medical student at Kharkiv University, trekked for 11 hours overnight to reach Medyka-Shehyni, near the Polish border, this morning.

MUST READ:  Actress Nse Ikpe-Etim Discusses How She felt After Learning She Cannot Bear children(video)

Border guards advised her to wait because Ukrainians had to be allowed in first.

She claims to have witnessed busloads of white individuals being permitted to pass across the border while only a few Africans were chosen from the wait.

Ruqqaya is attempting to travel to Warsaw in order to catch an aircraft back to Nigeria.

Another set of students claims to be stranded on the Przemyl-Ukraine border, where Ukrainian border guards refuse to let them cross.

Timothy Adegbile, a medical student in Lviv says: “This is not happening to Ukrainians,”

Nevertheless, a Polish border force spokesperson says: “Everyone who arrives at the Polish border from Ukraine is being allowed entry regardless of nationality.”

The football club’s “stewardship” has been turned over to the trustees of its charity foundation by Russian billionaire Roman Abramovich.

In a statement he disclosed:

During my nearly 20-year ownership of Chelsea FC, I have always viewed my role as a custodian of the Club, whose job is ensuring that we are as successful as we can be today, as well as build for the future, while also playing a positive role in our communities. I have always taken decisions with the Club’s best interest at heart. I remain committed to these values.

That is why I am today giving trustees of Chelsea’s charitable Foundation the stewardship and care of Chelsea FC. I believe that currently, they are in the best position to look after the interests of the Club, players, staff, and fans.”

The city of Kyiv will be under curfew until Monday AM 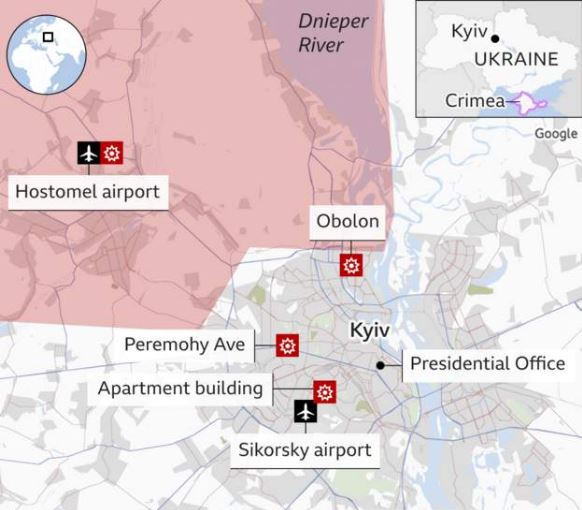 A citywide curfew was imposed around 90 minutes ago and will remain in effect until Monday morning.

The authorities in Kyiv in a statement said: “All civilians that are on the streets during the period of the curfew will be considered members of sabotage groups of the enemy,”

The current curfew will not be lifted until Monday at 08:00 local time.

A rising corpus of proof of the Russian army’s extent of setbacks is emerging through tweets, TikToks, and Facebook posts.

Interrogated prisoners, some confused from the shock of being apprehended and losing comrades, mumble that they had no idea they were being transferred to Ukraine. As locals hurl insults at President Putin, one young Russian sits with his head in his hands, his face hidden. Another, asked if he has a message for his family, says, “I love you.”

Along with the increasing quantity of videos showing detainees, there is also more gruesome footage of charred bodies in burned-out automobiles. The exact number of dead and captured is unknown, but predictions from the UK military ministry of hundreds of deaths are likely to be accurate, especially if claims of two Russian transport planes being shot down in the early hours of Saturday are confirmed. Given the footage circulating, there could be tens of thousands of people imprisoned.

The disclosure of these losses in Russia could have major ramifications for Putin. Soldiers’ mothers have a long history of protesting, such as during the Afghan and Chechen wars. As a result, there have been claims that Russia has begun to block access to Twitter and Facebook, possibly to slow the transmission of photographs and testimony.

MUST READ:  "Gov Sanwo-Olu Govt Does Not Care About The Lives Of Lagos Residents"-Actress,Lala Akindoju Calls Out Lagos Gov Over Petrol Scarcity

Breaking: Two dead after a strike on an apartment block

We’ve been covering a strike in a Kyiv apartment building since the morning.

The authorities have officially verified that two persons were killed. 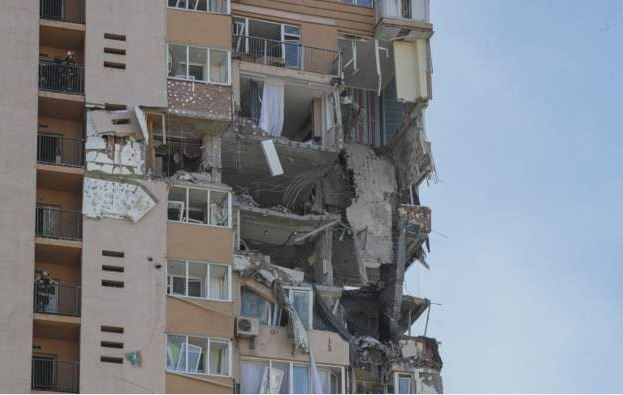 International outrage is still going on 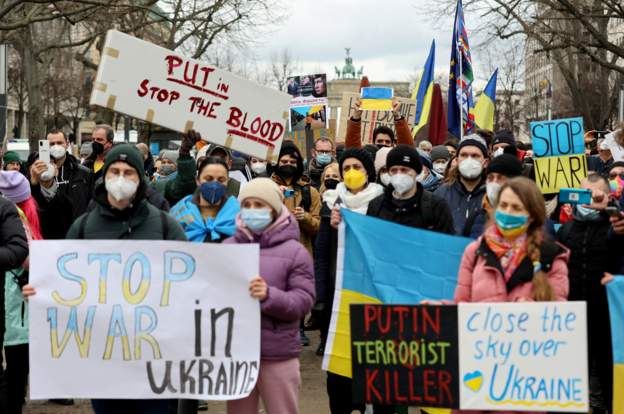 Stepping away from the battlefront in Ukraine, the world community continues to denounce Russia’s invasion. Here’s the most recent information:

Soldiers from Chechnya have joined the Russian assault on Ukraine 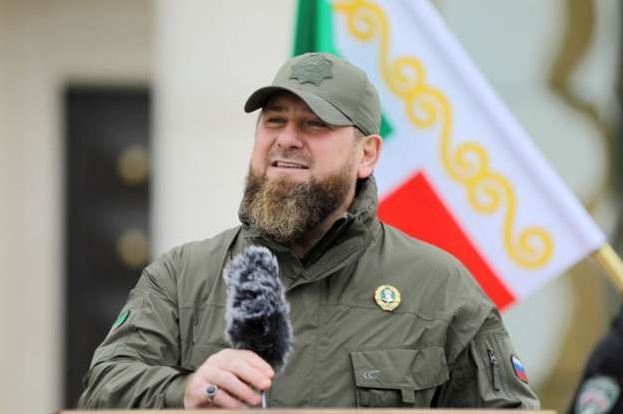 The commander of Russia’s Chechnya province says his warriors have been dispatched to Ukraine to fight alongside Russian troops.

Ramzan Kadyrov stated in a video aired online that Chechen fighters have so far effectively captured a Ukrainian military base with no losses.

The leader of the Russian republic in the south is a close ally of Russian President Vladimir Putin.

He justifies the invasion by claiming that Putin’s decision to strike Ukraine will deter Moscow’s adversaries from exploiting the country to launch an attack on the country.

Chechen fighters loyal to Kadyrov have a shady history and have been accused of human rights violations.

Dramatic films and photographs of the invasion and the misery it has caused have gone popular on social media; now, according to the report, access to Twitter, where many of these images are posted, has been restricted for Russian users.

Multiple providers’ services began to be affected on Saturday AM.

The Russian government and social media platforms have battled over platform restrictions linked to the Ukraine crisis.

NetBlocks Director, Alp Toker’s statement says: “Russia’s restriction of Twitter will significantly limit the free flow of information at a time of crisis when the public most need to stay informed,”

MUST READ:  Shareholders in Shell will get a $7 billion dollars payout on shale deal

Over 115,000 people have fled Ukraine for Poland

According to a Polish minister, more than 115,000 people have crossed the border from Ukraine into Poland since the Russian incursion began.

According to Interior Minister Pawel Szefernaker, 15,000 migrants have entered the country in the last four hours alone.

Ukraine claims to have shot down a plane carrying Russian troops. 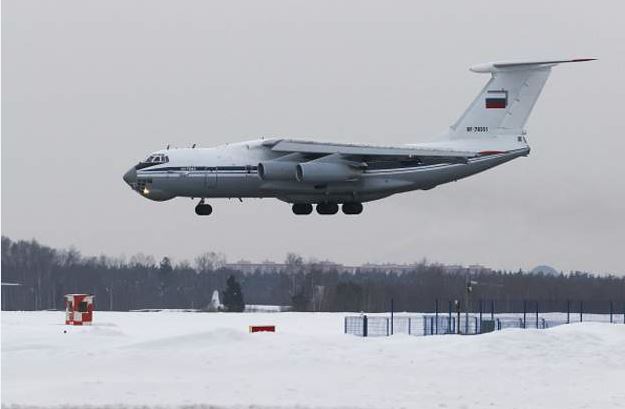 According to Ukraine’s defence ministry, one of Moscow’s troop carriers was shot down near Kyiv, killing a substantial number of Russian paratroopers.

The Russian defence ministry has yet to comment on the reports, and at the moment we cannot independently verify these assertions.

According to the manufacturer’s specifications, the plane can transport up to 167 soldiers and a crew of 6-7 people.

Lt Gen Valery Zaluzhny, the commander of Ukraine’s military, wrote on Facebook, “This is revenge for Luhansk 2014,” alluding to the eight-year-old downing of a Ukrainian plane that murdered 40 paratroopers and nine crew members.

On Saturday, Russian military spokesman Maj Gen Igor Konashenkov said that no one was killed or injured during the invasion of Moscow.

The Duke and Duchess of Cambridge have tweeted their support for President Volodymyr Zelensky of Ukraine.

The British royal pair expressed their support for him and the Ukrainian people, saying:

In October 2020 we had the privilege to meet President Zelenskyy and the First Lady to learn of their hope and optimism for Ukraine’s future.

— The Prince and Princess of Wales (@KensingtonRoyal) February 26, 2022

More countries are barring Russian aircraft from their airspace; the Baltic republic of Estonia, which borders Russia, is the most recent to do so.

Baltic states that are neighbours Lithuania and Latvia are also planning to do so at the same time, according to Lithuanian Transport Minister Marius Skuodis.

Bans have also been enforced in Poland, Bulgaria, and the Czech Republic.

The UK prohibited Russia’s official airline, Aeroflot, from landing in the country on Thursday.

“There is no place for planes of the aggressor state in democratic skies,” she disclosed.

#Estonia is banning Russian airlines from our airspace. We invite all EU countries to do the same. There is no place for planes of the agressor state in democratic skies. #StandWithUkraine

The Moment a missile hits an apartment block in Kyiv

This CCTV image shows the moment of impact of a missile strike on an apartment building in Kyiv, Ukraine’s capital, earlier this morning. 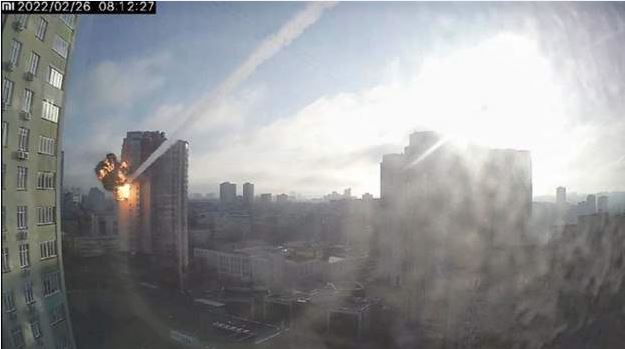 Although no confirmed casualties have been reported as of yet, officials claim 35 people were injured overnight.