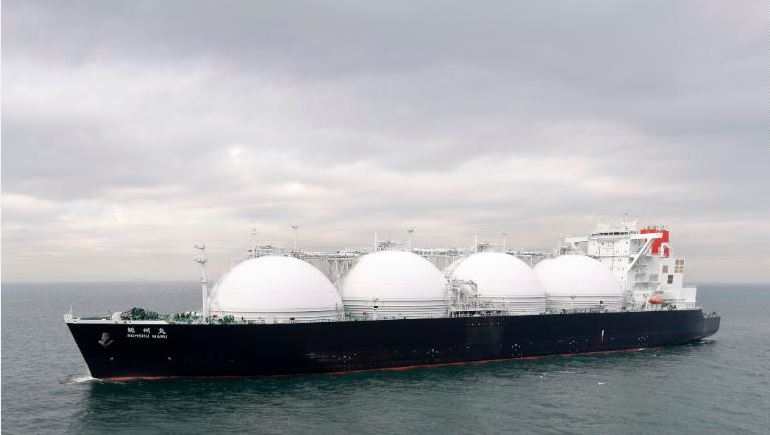 As Europe’s energy crisis and China’s shortages drive up demand for American supplies, the United States has become the world’s biggest exporter of liquefied natural gas(LNG).

The United States did not ship the first LNG cargo from 48 states until 2016, making it the world’s largest exporter in just six years as the shale gas revolution boosted domestic production and made the country a powerful force in the world Energy market.

By 2022, the United States will be the world’s largest exporter, according to ICIS and the Energy Information Administration’s forecasts.

Demand is projected to continue high in Europe, where there are concerns about Russia’s natural gas supply as tensions rise along its border with Ukraine.
Gas prices in Europe hit fresh highs in late December as investor confidence in Russian deliveries eroded and debate erupted over the Nord Stream 2 pipeline, which could transport gas directly from Russia to Germany.

The European Union imports about 40% of its natural gas from Russia, with much of it passing through Ukraine.
According to Reuters, wholesale prices rose again on Wednesday as the flow of gas in a pipeline from Russia to Europe was reversed for the 16th day in a row.

“Global spot gas prices have fallen from record highs seen in mid-December, but they remain extremely high in historical terms,” said Alex Froley, an analyst at ICIS, who added that in recent months, he had seen a “significant increase” in buyers signing long-term contracts to import gas from new US projects.

For years, the European Union has attempted to reduce its reliance on Russian natural gas. However, a number of EU countries, particularly those in close proximity to Russia, remain almost entirely reliant on Moscow for gas.

China has been dealing with an energy shortage for months, which was exacerbated by its attempt earlier this year to reduce the amount of electricity generated by coal-fired power plants.

MUST READ:  Strike:FG Refuse To Pay Our Salaries Since February-ASUU

According to ICIS, competing producers are also constructing new infrastructure, with Qatar proposing to increase its LNG capacity to 126 million tonnes (139 million tons) per year. Later this decade, Qatar could retake the status of the top exporter from the United States.

Related Topics:US NEWS
Up Next

Deadly gangs on motorbike cause mayhem in Zamfara villages