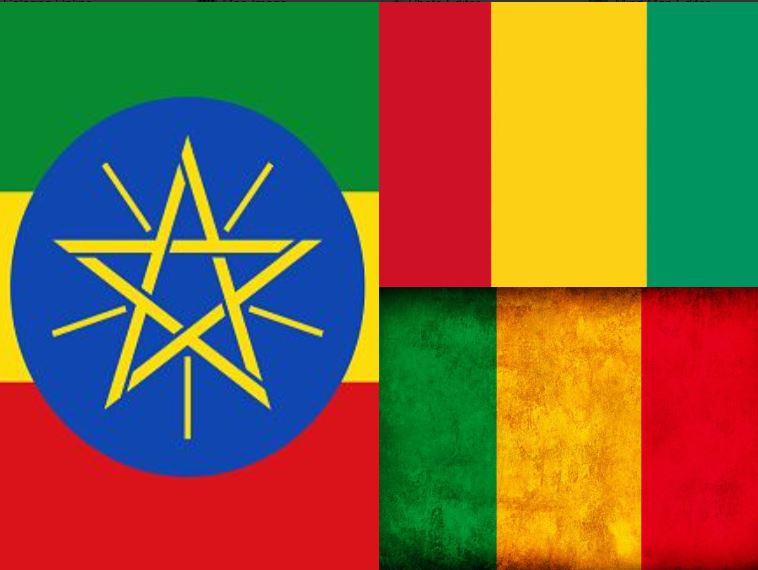 Due to alleged human rights breaches and recent coups, the United States has removed Mali, Guinea and Ethiopia from the duty-free trade program.

AGOA: Due to suspected human rights breaches and recent coups, the US has axed Mali, Guinea and Ethiopia from the African Growth and Opportunity Act (AGOA).

The US Trade Representative (USTR) said in a statement on Saturday that it terminated the three countries from the African Growth and Opportunity Act (AGOA) “due to actions taken by each of their governments in violation of the AGOA Statute”.

It said the US was deeply concerned “by the gross violations of internationally recognised human rights being perpetrated by the government of Ethiopia and other parties amid the widening conflict in northern Ethiopia”, as well as by “the unconstitutional change in governments in both Guinea and Mali”.

The three African countries’ embassies in Washington did not respond immediately.

The AGOA trade act grants duty-free access to the United States to countries in Sub-Saharan Africa that meet specific criteria, such as removing trade and investment obstacles and progressing toward political pluralism.

The USTR stated on Saturday that Ethiopia, Mali, and Guinea may rejoin the accord provided they matched the statute’s requirements.

“Each country has clear standards for a route toward reinstatement,” it said, adding that “the Administration will cooperate with their governments to achieve that goal.”

Due to alleged human rights breaches in Ethiopia’s north, United States President Joe Biden stated in November that Ethiopia will be cut out from the AGOA duty-free trading arrangement.

In November 2020, a power struggle between the Tigrayan leadership and Prime Minister Abiy Ahmed Abiy erupted in Ethiopia’s Tigray region, resulting in war. Thousands of people have been slain in the 13-month battle, and 400,000 people in Tigray alone are suffering hunger.

The battle has also destabilized the region, resulting in the influx of tens of thousands of refugees into Sudan, the withdrawal of Ethiopian troops from war-torn Somalia, and the use of the army of Eritrea, a neighbouring country.

MUST READ:  (Updates) Oluwabamise:Why I ran away BRT driver reveals(video)

Ethiopia’s textile industry, which feeds global fashion brands, and the country’s embryonic dreams of becoming a light manufacturing centre are both threatened by the United States’ decision to terminate Ethiopia’s trade privileges.
It also adds to the strain on an economy already strained by the conflict, the coronavirus outbreak, and soaring inflation.

Ethiopia’s Trade Ministry said in November that Washington’s statement had left it “very upset,” claiming that it will reverse economic progress and disproportionately hurt and injure women and children.