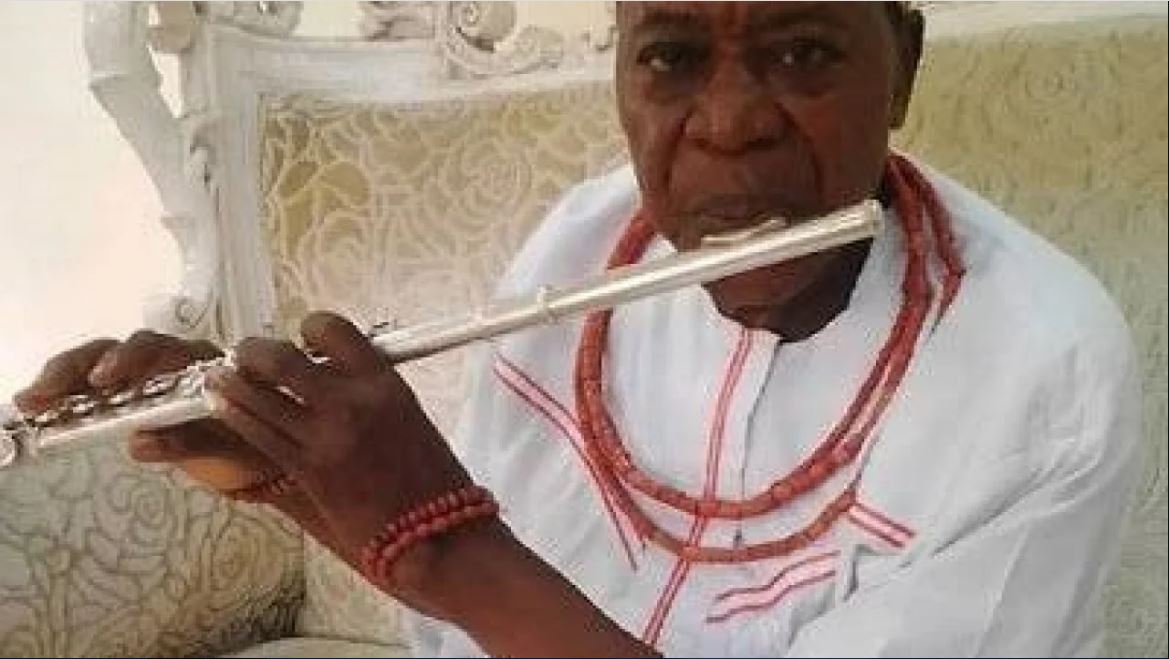 Osayomore Joseph died five months before his 70th birthday, according to the Edo State Chapter of the Performing Musicians Association of Nigeria (PMAN).

He had a reputation as a freedom fighter, an activist musician who had a long history of using his music to criticize local and national political corruption.

The songs ‘Efewedo,’ ‘Baba Na Wa,’ ‘Leave us alone,’ and ‘Evil Days Postponed’ by Osayomore are all in pidgin English.

In his early life and education, Osayomore Joseph moved to Lagos at the age of 19 and began his musical career as a member of the Nigerian Army Officers Mess band. He honed his flute and guitar skills in the band.

After releasing several albums between 1976 and 1979, he returned to Benin to pursue his career, which was gaining traction among Edo people in Benin.

His funky, percussion-heavy grooves won him fans all over Nigeria, as well as among the growing Edo communities in the United States and Europe.

Osayomore had several regional hits with this sound in the early 1980s, including “Efewedo,” “Ororo No Dey Fade,” and “Soja Go Soja Come.”

Osayomore returned to Benin and achieved success with a string of fan favourites between 1980 and 1985. This success occurred as Nigeria entered a long period of military dictatorship.

The harsh austerity measures and political unrest disrupted people’s social and economic lives to the point where artists like Osayomore began to use their music to comment on the situation.

In the early 1990s, Osayomore responded to the political climate with a series of critical songs, including “Truth” and “Teacher.” Osayomore had always kept his criticism primarily indirect until Babangida invalidated the results of the democratic election of June 12, 1992, which should have brought popular politician M.K.O. Abiola to power, but he made a bold statement with his album, June 12 Is God’s Mandate. In his song, “Baba Na Wa.” Osayomore refers to Babangida as “evil,” the “original criminal,” and the “father of all disasters” in it.

Photos,Prayers As Yul Edochie Celebrates His Youngest Child Birthday Who Clocks A Year