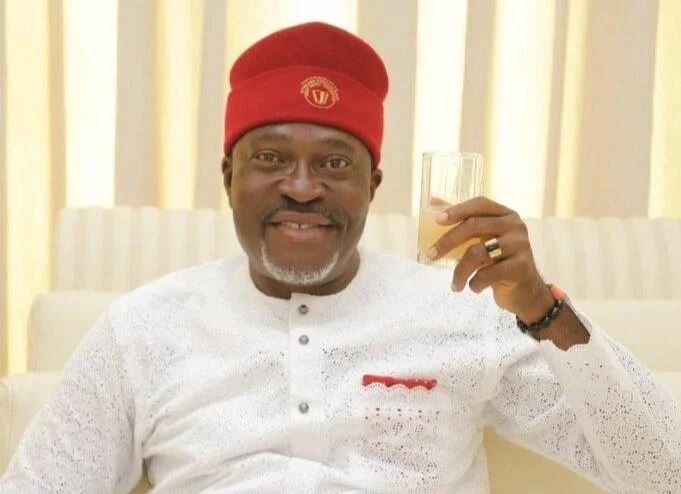 Nollywood Legend, Kanayo O Kanayo marked his sixty years of existence on earth in style. The veteran actor threw an all-white lavish party to entertain friends, business associates, friends and colleagues in the  Nollywood industry at the Muson Centre Onikan, Lagos on Sunday.

The event was anchored by popular comedian Ayodeji Makun  AKA AY

The birthday boy’s two ‘triumphant’ entries in all-white attire were among the event’s highlights. Kanayo wore a bowler hat in the first ‘appearance,’ while on the second time he wore a traditional red cap worn by Igboland chiefs.

The 60 years old was joined by his children on the stage to cut his birthday cake.

Comedian Ayodeji Makun, actor Keppy Ekpeyong, actress Chizzy Alichi, actor Victor Osagwu, and others graced the occasion to felicitate with one of their own in the Nollywood industry.

Kanayo O Kanayo is well known for featuring in occultic roles in movies, it was no surprise when there was a little show that depicts occult acts during the birthday celebration.

The actor thanked God for allowing him to witness the event and thanked his family and friends for their support over the years.

At the event, the actor also announced the formation of a foundation called ‘The Kanayo O Kanayo Foundation.’

The celebrant captioned, the video he shared on Instagram After parte…
#CelebratingKOKat60 #KOKisOKat60