Villareal progressed into the semi-final of the Uefa Champions League(UCL) after a 1-1 draw with Bayern Munich in the 2nd leg at the Allianz Arena, the first leg was won 1-0 by the Yellow Submarine. The goal aggregate after the two-legged tie is 2-1.

Villarreal advanced to the semi-final of the UEFA Champions League (UCL) for the first time since 2006, as a 1-1 draw at the Allianz Arena was enough to defeat fancied Bayern Munich 2-1 on aggregate. 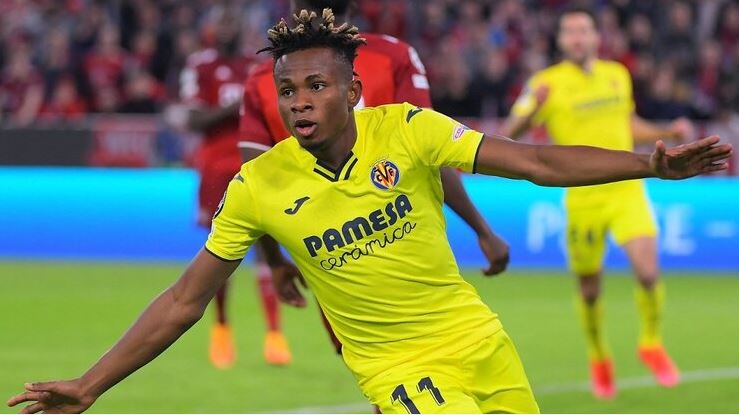 Bayern Munich raced out early stating their attacking intent, with Kingsley Coman and Leroy Sané deployed as wing-backs due to a tactical change. Julian Nagelsmann’s decision to overturn the aggregate deficit almost worked early on, with Sané’s volley forcing a save from Gerónimo Rulli.

Despite their dominance, Bayern was unable to truly trouble Unai Emery’s men, who spent the majority of the first half camped in their own penalty area, limiting the hosts to a hat trick of chances, the best of which saw Jamal Musiala send a weak header goalwards.

Villarreal’s plan, as in the first leg, was to spring into life on the counter-attack, and they should have moved further ahead in the tie, with Arnaut Danjuma and Gerard Moreno both wasting chances. Just a minute after the break, the ‘Yellow Submarine’ were almost punished, with Rulli perhaps fortunate to deny Musiala with a clumsy tackle inside the area.

After Dayot Upamecano hit the crossbar from close range, Robert Lewandowski took advantage of some sloppy defending to put Bayern ahead on the night and level the tie on aggregate. He spun after being set up by Thomas Müller’s pass before coolly poking past Rulli with a composed finish that flicked off the post on its way in. It was yet another example of Lewandowski’s talent, as he has now scored 13 goals in the UCL this season.

Bayern could have scored the crucial second goal, but Müller, unmarked and only eight yards out, could only send Sané’s delicious cross wide. The chances kept coming for the German giants, but after Coman almost scored, Villareal broke clinically in the 87th minute. Moreno burst down the left and set up Samuel Chukwueze, who thrashed the ball past Manuel Neuer to send Emery’s side into the UCL semi-finals for the first time in his managerial career, leaving the six-time winners on the wrong side of a quarter-final exit.