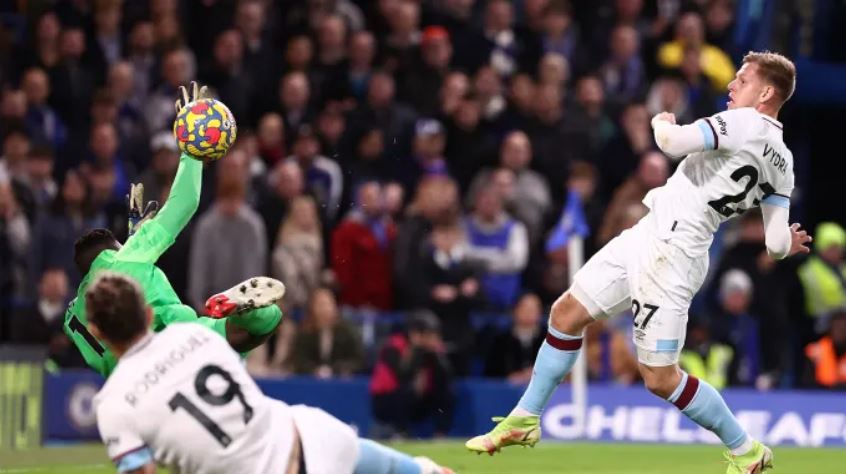 Chelsea had to settle for a 1-1 draw with Burnley, in a game they were superior all through but their ineffectiveness in front of goal was their ‘Achilles heel’.The Blues has scored 16 goals at home this season but was unable to take advantage of their superiority in the match.

Kai Havertz gave the Blues the lead at halftime, but substitute Matej Vydra’s late header earned the Clarets a point; Chelsea leads Manchester City by three points at the top of the Premier League.

The league leaders displayed their muscles early on by dominating play and producing a flurry of half-chances in front of Nick Pope’s goal in the first 20 minutes, but the ‘Blues’ were unable to find the final touch of quality to trouble the Burnley goalkeeper.

The Burnley defence, which had been resolute, finally broke 12 minutes from half-time when Reece James played a fantastic ball into the box, where Kai Havertz was waiting unmarked to nod the ball home, giving Chelsea a 1-0 lead to take into the half-time break, demonstrating their dominance in the first 45 minutes.

Kai Havertz, who was filling in for Romelu Lukaku and Timo Werner, who were both injured repaid his Coach faith in him to spearhead Chelsea’s attack line with the goal.

In the second half, the home side continued to apply pressure on Burnley but was met with stiff resistance from the typically stout Burnley backline.

Despite having some high-quality chances, such as those created by Kai Havertz and Ross Barkley, Chelsea was unable to increase their lead and put the game to bed, leaving Burnley in the game.

Just over ten minutes before full-time, the hosts were punished for failing to score a second goal when Ashley Westwood floated a ball into the Chelsea box, where Jay Rodriguez was waiting to unselfishly head the ball across the box to strike partner Matej Vydra.

The Czech attacker gathered the ball and stabbed it home to tie the game and stun the Stamford Bridge Crowd.

Burnley’s brave draw against Chelsea ends a four-game losing trend against the West Londoners, but it extends their terrible record against Chelsea in head-to-head contests, with Sean Dyche’s side having only beaten the ‘Blues’ once in their last 15 Premier League matches.

As a result of City 2-0 win over Manchester United earlier in the day, Chelsea now leads the Premier League with three points ahead of City, while Burnley remains in 18th place.

Thomas Tuchel made one change to the side which triumphed 3-0 against Newcastle United in the last Premier League fixture.

Ngolo Kante, Captain of the day Jorginho, Reece James and Ben Chilwell all returned to the team after sitting out in midweek Uefa Champions League match against Malmo.

Ross Barkley got his first Premier League start under Thomas Tuchel operating as the number 10 in midfield behind a front two of Kai Havertz and Callum Hudson-Odoi. Mason Mount returned among the substitutes having missed the last two matches.

MUST READ:  Webster earn Brighton a point against out-of-sorts Chelsea

Sean Dyche retained an unchanged side from the team that recorded their first league victory of the season by beating Brentford 3-1 a week earlier.

After this game, the majority of Chelsea’s players will depart for their respective national teams as the final international break of 2021 comes to an end, with the Blues’ next match taking place on Saturday, November 20th, they will travel to King Power’s Stadium to lock horns with Brendan Rodgers Leicester City in an early Premier League kick-off at 12:30 pm. While Burnley same Saturday 20th November will host in-form Crystal Palace at 4:00 pm after the international break.