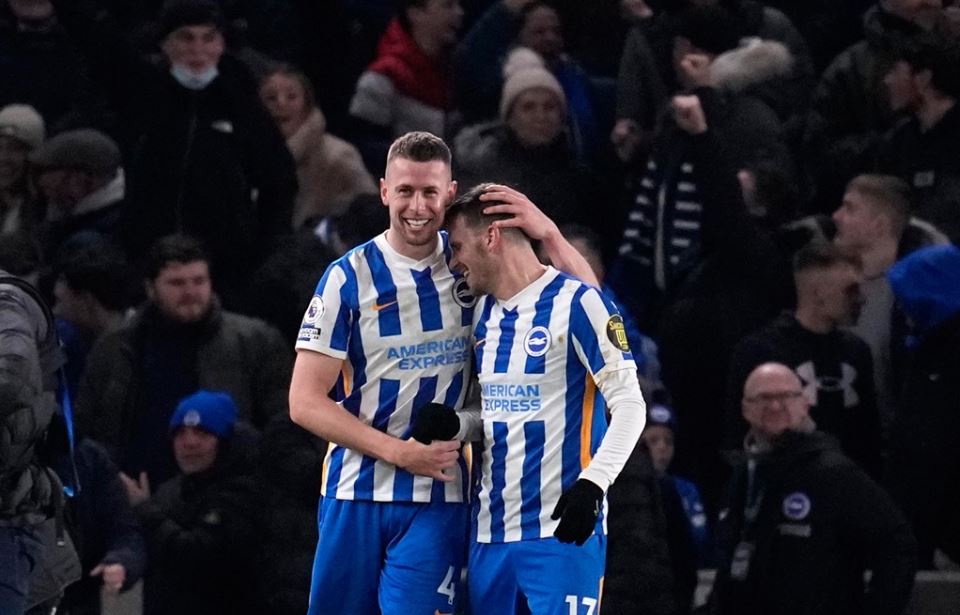 To have a chance against a Chelsea side that had just fallen to championship rivals Manchester City, a depleted Brighton team had to be at their best. Despite never having beaten Chelsea in the Premier League, the ‘Seagulls’ could draw inspiration from their hard-fought draw in the reverse game, and they got off to a flying start, with Jakub Moder’s early shot going just wide of the post after a well-worked move.

For the first 30 minutes, Brighton continued to dominate, but they were unable to create any clear-cut chances. Chelsea’s attacking quality was demonstrated immediately after when Hakim Ziyech cut through from the left and smashed the ball into the bottom corner to give his side a 1-0 lead going into half-time — with their first attempt on target.

The ‘Seagulls’ kept up their offensive threat and were rewarded on the hour mark when Alexis Mac Allister’s brilliantly delivered corner found Adam Webster’s head, who hammered it past Kepa Arrizabalaga to level it 1-1.

Tariq Lamptey, for one, was a constant menace down the right flank, and with 20 minutes remaining, he almost completed a great display with a goal, stinging Kepa’s palms.

Lukaku then reminded a euphoric Brighton crowd that the European champions were far from out of it as he forced Robert Sánchez into a great save at the other end. The visitors dominated the final stages, pushing the hosts deep inside their own half, but they looked uncharacteristically lacklustre, regularly failing to threaten Sánchez.

Both teams continued to fight for the win, and the game ended in a thrilling stalemate. Chelsea has now won only one in their previous seven league games, thereby putting them out of contention for the title. Brighton is still in the top half of the table after going undefeated in the league since November 20th.

POST-MATCH REACTIONS FROM BOTH MANAGER’S

“We played with courage, with quality, intensity, everything you need to do against a top team,” he said.

“Sometimes the football gods are with you, sometimes they’re not, and you have to accept that but we gave ourselves a chance to win that, absolutely.

“Overall I’m just so happy for the players because they’ve put everything into the game, great personality, great spirit on the pitch, and it was a fantastic atmosphere.”

“We have to respect the opponent – it’s very tough to play at Brighton. They played it like a cup game and the noise at the end of the whistle was like if we lost the game and it can very easily give you the impression that we lost, but we didn’t.

“Other teams will struggle to get points here, and even tougher if you’re full strength and not tired. There are some obstacles to overcome here and I refuse to be angry because it’s not about ambition.

“We were a bit lucky to be 1-0 ahead and you can take advantage to score a second one, but we struggled to show the quality. We know the reasons behind it and we demand a lot from us. But it’s not the moment to be too harsh on the team.”

He had an outstanding performance, with so many clearances and nodded home the equaliser for the ‘Seagulls’.

After the game, Webster spoke to BT Sport:

“In the first half, we were by far the better team and it was a goal out of nowhere really with a little
deflection.

“It was a bit of a low blow for us because we were the better team, but we stuck in there as we have done all season.

“We have gone behind quite a lot of times and have always shown a lot of character to come back and get something from the game.”