Will Smith hits Chris Rock in the face on Oscars stage 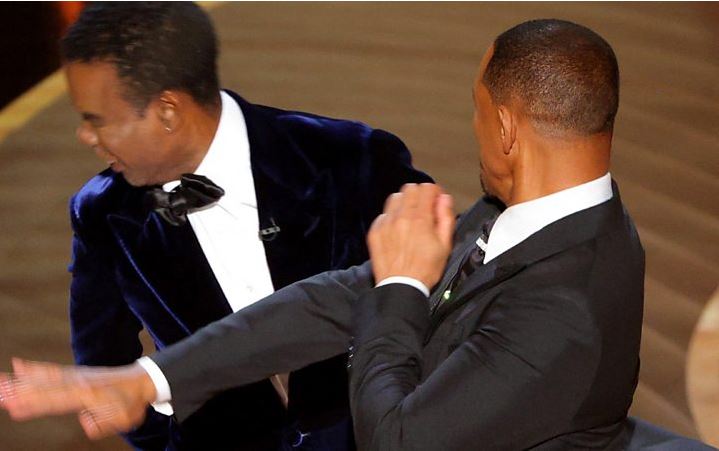 Will Smith hits comedian Chris Rock in the face on stage at the Oscars after the comedian made a joke about the actor’s wife, Jada Pinkett Smith.

Smith walked onto the stage and appeared to strike Rock before returning to his seat and yelling.”Keep my wife’s name out of your… mouth.”

Smith who won the SAG Award for Male Actor in a Leading Role in a Motion Picture in 2022, praised the tennis legend duo delivering his acceptance speech.2022 is indeed so good to Smith.

“Art imitates life. I look like the crazy father, just like they said about Richard Williams. But love will make you do crazy things.”

Pinkett Smith has previously stated that she suffers from the hair loss condition alopecia.

Rock appeared stunned in the aftermath of the incident, telling the audience: “That was the greatest night in the history of television.”

He then presented the best documentary award, which was the reason he was on stage in the first place.

MUST READ:  'I've never experienced this kind of celebration in my entire life'-May Yul-Edochie pens birthday note of appreciation

His joke was a reference to the 1997 film GI Jane, in which Demi Moore starred as the title character with a buzzcut. 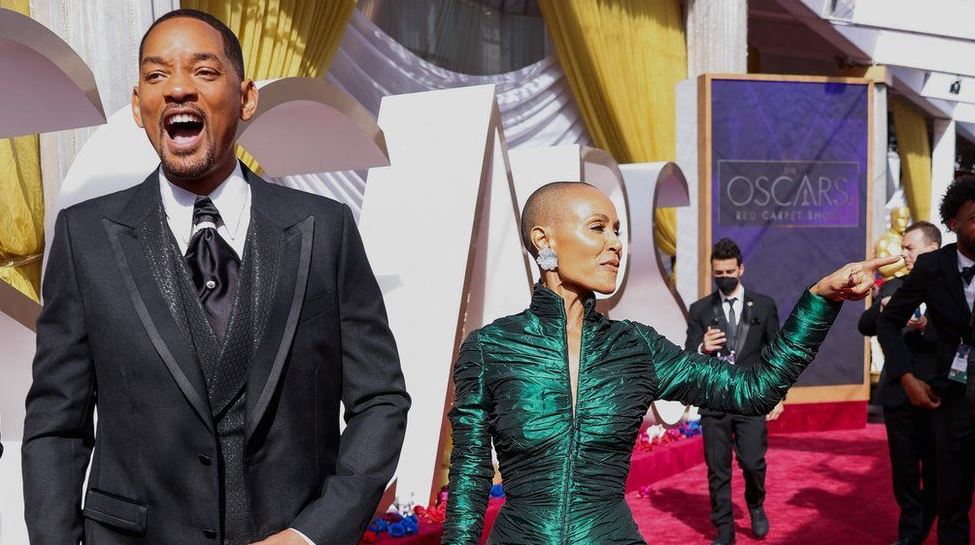 Smith and Jada in all smiles at Oscars

She said: “I’ve been having issues with hair loss. And it was terrifying when it first started.”

The Girls Trip star revealed that she first suspected she had alopecia after experiencing hair loss.” handfuls of hair” came loose in the shower.

“I was just like, ‘Oh my God, am I going bald?’ It was one of those times in my life where I was literally shaking with fear,” she explained. “That’s why I cut my hair and continue to cut it.”

Scott Feinberg, a Hollywood reporter disclosed: after the incident, a tearful Smith needed to be “pulled aside and comforted” by Denzel Washington and Tyler Perry during an advert break.

“Will and Chris, we’re going to solve that like family. Right now we’re moving on with love,” said Sean “Diddy” Combs, presenting the next section.

Other winners at Sunday’s ceremony included Jessica Chastain for best actress for The Eyes of Tammy Faye, Jane Campion for best director for The Power of the Dog, and Apple TV film Coda for best picture.

Will Smith’s acceptance speech for best actor in its entirety:

Richard Williams was a fierce defender of his family. At this time in my life, at this moment, I am overwhelmed by what God is calling on me to do and be in this world. Making this film, I got to protect Aunjanue Ellis, who is one of the most strongest, most delicate people I’ve ever met. I got to protect Saniyya [Sidney] and Demi [Singleton], the two actresses who played Venus and Serena.

I want to apologise to the Academy. I want to apologise to all my fellow nominees. This is a beautiful moment and I’m not crying for winning an award. It’s not about winning an award for me. It’s about being able to shine a light on all of the people – Tim [White, producer] and Trevor [White, producer] and Zach [Baylin, writer] and Saniyya and Demi and Aunjanue and the entire cast and crew of King Richard, and Venus and Serena, the entire Williams family.

MUST READ:  4 killed and one rescued from rubble of collapsed building in Lagos

Art imitates life. I look like the crazy father, just like they said about Richard Williams. But love will make you do crazy things.

And my mother… a lot at this moment is really complicated for me but to my mother, she didn’t want to come out. She’s had her knitting crew who she’s in Philly watching with. Being able to love and care for my mother, my family, my wife… I’m taking up too much time… Thank you for this honour. Thank you for this moment and thank you on behalf of Richard and Oracene and the entire Williams family. Thank you. I hope the Academy invites me back. Thank you.

I want to be a vessel for love. I want to say thank you to Venus and Serena and the entire Williams family for entrusting me with your story. That’s what I want to do. I want to be an ambassador of that kind of love and care and concern.

Gospel artist,Chinedu Nwadike has passed away