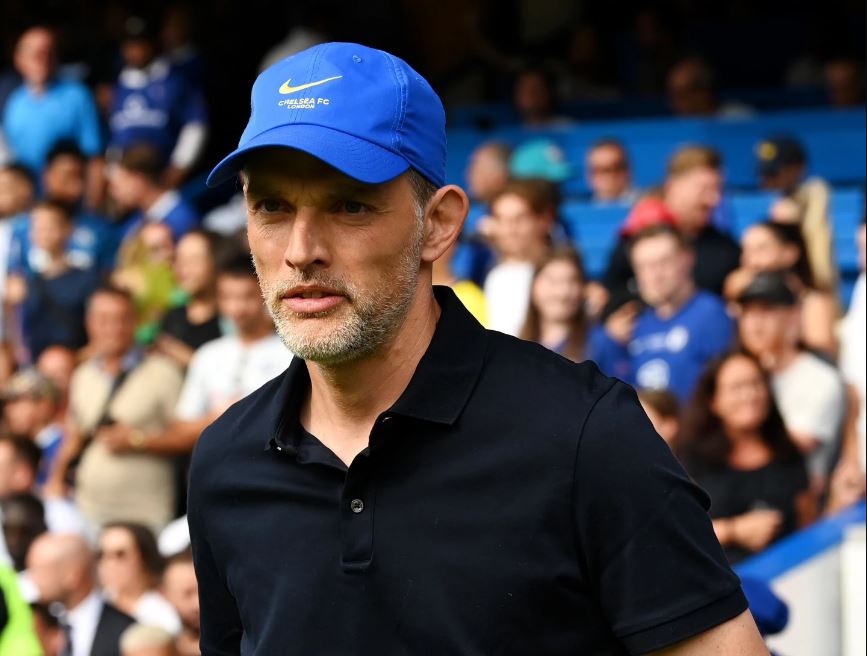 Chelsea boss, Thomas Tuchel reflected on his side’s dramatic 2-2 draw with Tottenham Hotspur and admitted the Blues did not get the result they deserved.

Chelsea dominated Tottenham and deservedly led for the majority of the game, only to be denied three points by a last-gasp equalizer. It arrived in controversial circumstances, as did the visitors’ first leveller, and Tuchel expressed his disappointment with the officiating afterwards, as well as commenting on the touchline scraps that earned him and Antonio Conte red cards.

But first, he made a point of praising his team’s efforts.

His statement read:‘The players know what input they put into this game, mentally and physically, we were so sharp, fully on it,’ said Tuchel.

‘We played a brilliant match. It was such a step-up for us from the first day in Everton. I’m very disappointed for the players they don’t get the reward they should have.

‘It happens during life as a football coach that you sometimes get caught in the last minute. We will hopefully have it in a season that we will steal some points in the last minute. It cannot happen when we have VAR, goals allowed that are ‘irregular goals’. It’s unacceptable.’

Tuchel was asked if he had any issues with the officials…

‘Absolutely. The fans, and the whole dressing room. I cannot understand how the first goal is not offside, and I cannot understand since when players can pull other people’s hair and stay on the pitch. There is no explanation, and I don’t want to accept it. I have no words for it. Both goals should not stand, and then it’s a fair result.’

Asked about his bust-up with Spurs coach, Antonio Conte…

‘I compare it to two players who have a bit of a fight on the pitch but nothing happens, nobody gets injured. It’s Premier League football, the two managers got involved today because both were fighting for our teams. That was it.

‘Nobody got insulted, we didn’t have a fistfight. For me it’s not a big deal. It was part of the game today. I enjoyed it, I think he enjoyed it as well! It was nothing bad.’

PL:I Could Have Acted Differently-Mike Dean Admit Making A Mistake In VAR Decision During Chelsea’s 2-2 Draw With Spurs