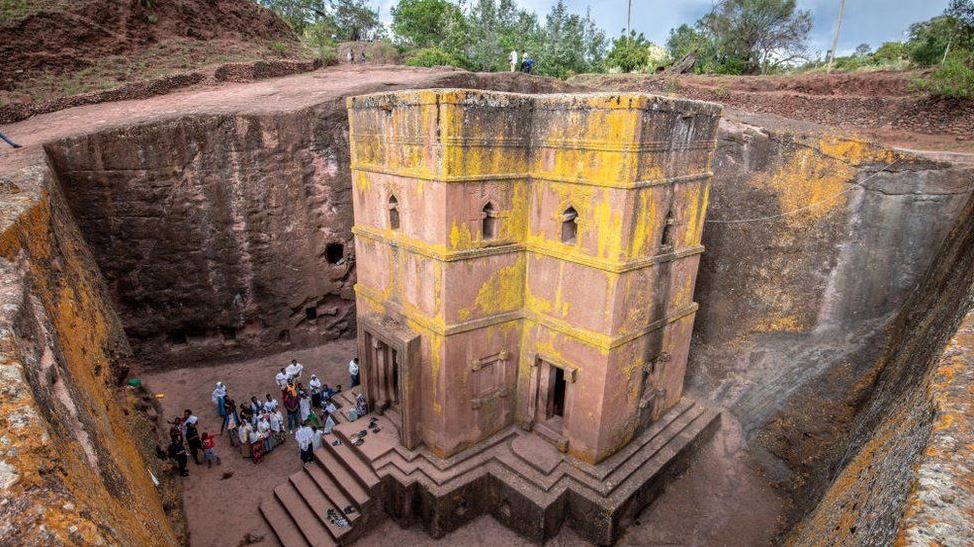 Tigrayan rebels have been driven out of the historic town of Lalibela by Ethiopian forces who has now reoccupied world heritage sites.

World heritage site reoccupy by Ethiopia military, the action coincided with the Tigray People’s Liberation Front’s announcement that it would withdraw from all Amhara and Afar regions.

The Tigray people’s Liberation Front’s stated that it made the decision to pave the way for a peaceful conclusion to its dispute with the government.

International mediation efforts have thus far failed to resolve the war, which has resulted in a severe humanitarian crisis.

Although it is unknown when the military retook Lalibela, Deputy Prime Minister Demeke Mekonnen Hassen paid a visit to the town on Sunday.

Lalibela was named a Unesco world heritage site in 1978 and is known for its rock-hewn cathedrals dating from the 12th and 13th centuries.

Since August, the town has changed hands multiple times. The government announced on Saturday that its troops had retaken many other towns, including Weldiya.

After being forced to abandon its plan to push on Addis Ababa’s capital, the Tigray people’s Liberation Front’s has been withdrawing its fighters to Tigray, its heartland.

It said the withdrawals were part of “important changes” it was making, although it didn’t say if it had left Lalibela or Weldiya.

Ethiopian Prime Minister Abiy Ahmed has led the fightback against the Tigray people’s Liberation Front’s from the front lines. Airstrikes have also struck the group.

Thousands of people have died, millions have been displaced, and nearly 10 million people require food assistance.

After a big fallout over political reforms proposed by Mr Abiy when he assumed power in 2018, fighting broke out between government troops and the TPLF over a year ago.

For more than 25 years, the Tigray people’s Liberation Front’s has ruled the federal administration and now controls the majority of Tigray.