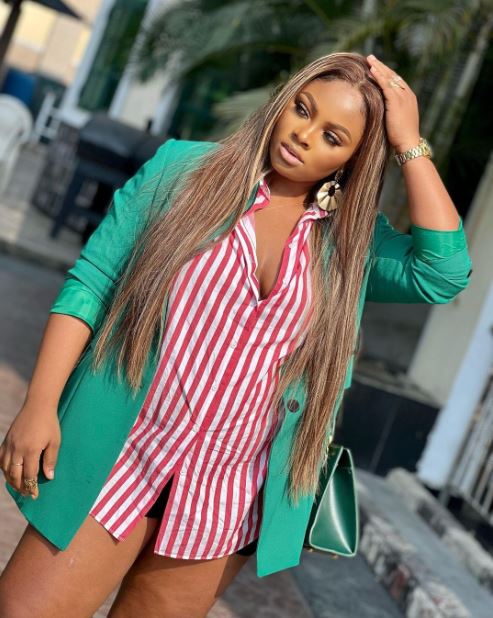 BBNaija Tega shares different phases of her life in a video, the ex-bbnaija season 6 housemate pen this message on the video.”Yes, I came from the trenches, with your eyes you shall see what you will have to say. Dear Brethren, it’s been God’s grace all the way, not there yet but progress is seen”

Tega revealed her journey in life so far, In the video, we could see young and naive Tega. Indeed she has come a long way and worked so hard for all she has achieved.

Tega who was evicted from the house was captured on camera in compromising positions and under the sheet with Boma on several occasions. The mother of one said she and Boma were only acting out a script to entertain viewers.

Ex-BBnaija Tega has had a turbulent marriage, in an interview with Jideonwo, she alleged that she got to know her husband was cheating spiritually before she interacted with some neighbours who confirmed her suspicions.

She added “Well, I got to know that he cheated and took someone home. I am deep – spiritually. How I got to know was that one day, I was in class and it was something like a trance. I saw him driving, and a babe was in front.

Church members run away as Pastor abruptly flees while preaching(video)