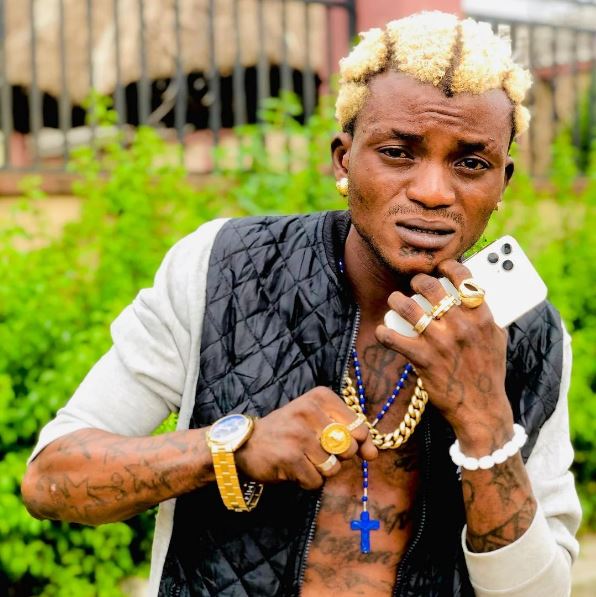 Zazu zeh hitmaker, Habeeb Okikiola, also known as Portable, has expressed displeasure as he was sprayed bundles of fake naira notes in Port-Harcourt during his performance.

The individual who sprayed bundles of fake 1,000 naira bills at the club was a Nigerian, according to the singer’s assistant.

Portable cursed his Port Harcourt supporters on Sunday morning while displaying the money in a popular video on his Instagram page.

“Port Harcourt has caused trouble, you have sprayed me fake money, all the money is fake, Niger man spraying fake money, PH is this how to show love? You have fucked up,” he said.

MUST READ:  Newborns Eat Every Two Hours But Mine Eat Every Hour-Things I Did Not Know About Motherhod,Maraji Tell

When he first arrived in Port Harcourt on Saturday afternoon, Portable sprayed cash all over the streets.